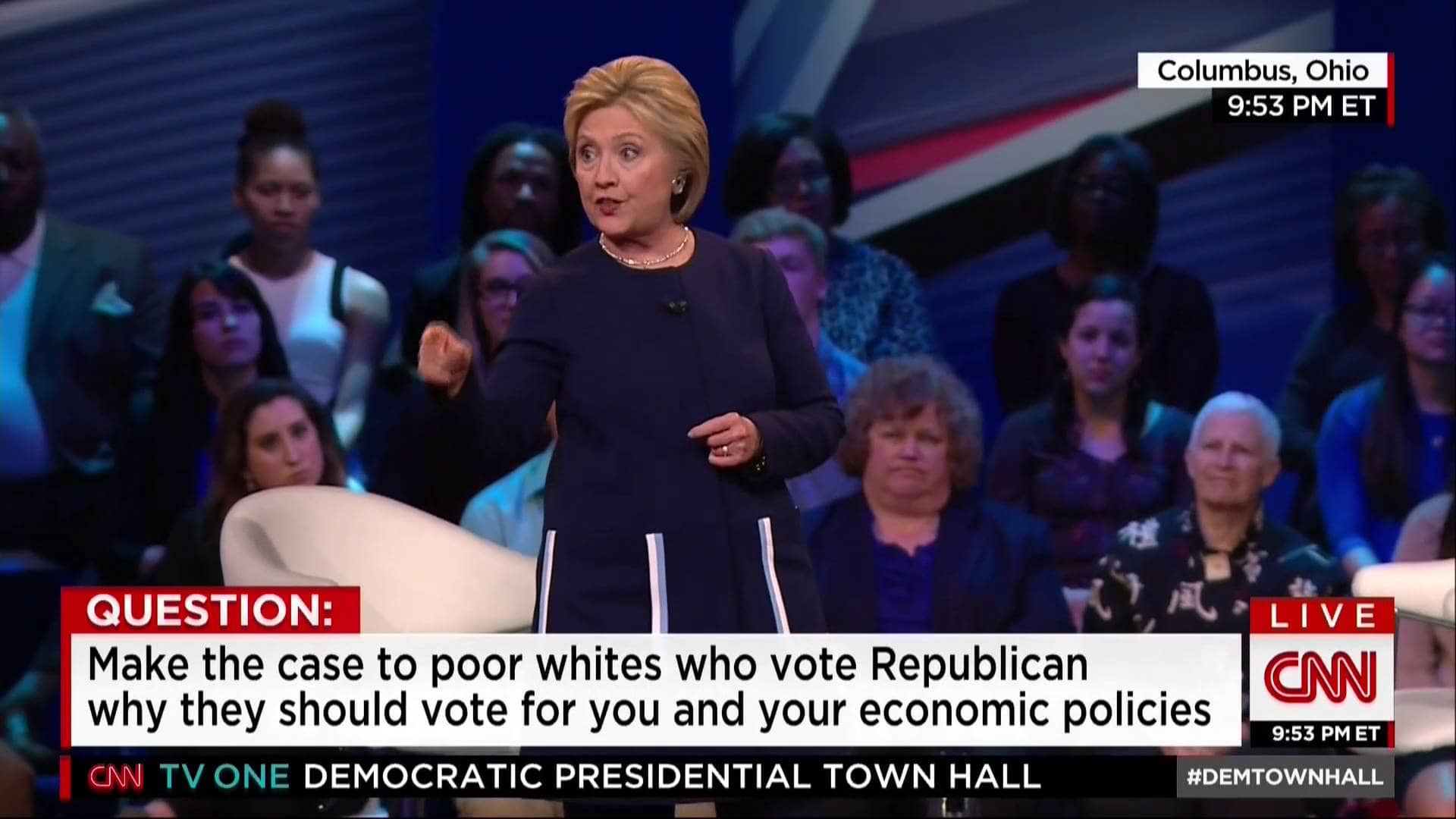 Last night, during a Democratic town hall, Hillary Clinton told CNN that “We’re going to put a lot of coal miners and coal companies out of business.”

During Sunday night’s Democratic Presidential Town Hall, Clinton was asked why poor whites who usually vote Republican should consider voting for her. Clinton maintained that she was the only candidate with a plan to use clean energy as the key to bring economic opportunity into coal country.

“Because we’re going to put a lot of coal miners and companies out of business,” she explained. “And we’re going to make it clear that we don’t want to forget those people. Those people labored in those mines for generations, losing their health, often losing their lives to turn out our lights and power our factories.”

“Now, we’ve got to move away from coal,” the presidential candidate, Hillary Clinton continued, “and all the other fossil fuels. But I don’t want to move away from the people who did the best they could to produce the energy that we relied on.”

Hillary Clinton has made some statements which are not aligning with her policy regarding the industry. According to her plan, the campaign has pledged $30 billion dollars  “to ensure that coal miners and their families get the benefits they’ve earned and respect they deserve, to invest in economic diversification and job creation, and to make communities an engine of US economic growth in the 21st century as they have been for generations”, not just put them out of business.

With the Democratic primaries coming up in the coal-rich states of W. Virgina, Ohio, and our home state of Pennsylvania, these remarks are surprising.

“When you force them out of business in favor of wind farms, or solar power, how exactly will that put the out of work miners back to work.”

Yeah. We are also confused.