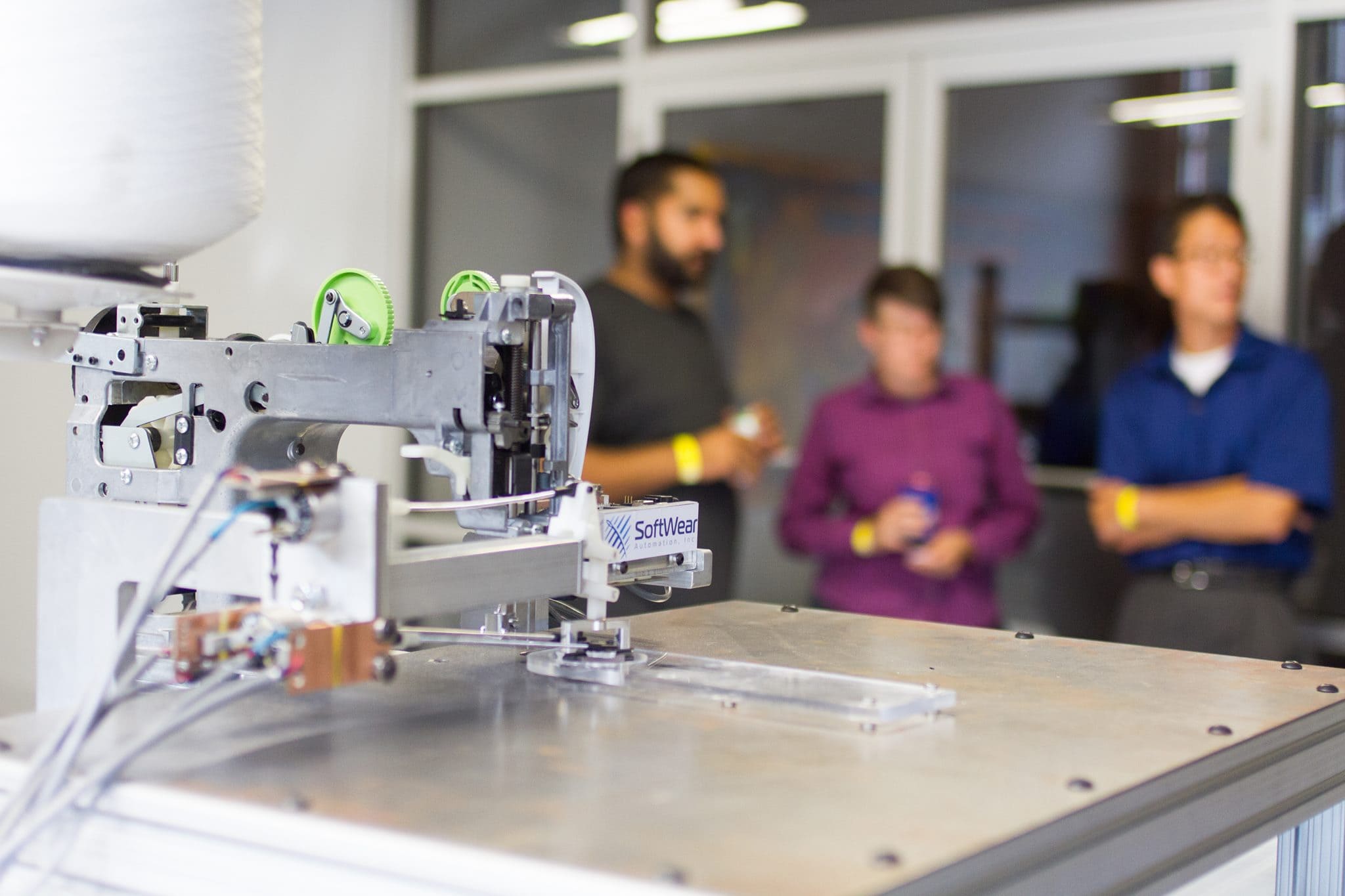 Softwear Automation, in collaboration with Georgia Tech, continues to work on technology that will allow robots, referred to as sewbots, to manipulate fabrics through traditional sewing machines to create clothing.

According to the United States Bureau of Labor Statistics, the textile industry lost 67 percent of jobs in the garment industry between 1978 and 2007. With the help of sewbots, many of the jobs lost to China in these industries would return to America.

American products will once again be competitive with those made overseas,” Sundaresan Jayaraman, a Georgia Tech professor, said. “Consumers will no longer have to wait for products to arrive from China, as they will be made right here

Manufacturing Automation and How Sewbots Work

The clothing industry lagged behind other markets like the automotive industry, as fabric is flexible. When the fabric moved, machines couldn’t track this movement. Thanks to new software, however, individual threads can now be detected in the fabric and tracked even when the fabric shifts, allowing for straight seams.

“Machines can now follow the fabric,” said SoftWear CEO K.P. Reddy. “It might flex, bend or fold. We still know be able to track the fabric by knowing where the intersections of these threads in the fabric are.”

Interest in This Technology

Manufacturers and retailers have expressed a great deal of interest in this sewbot technology, thanks to its cost-cutting potential and the fact that consumer demand can be met in a timely manner, even when it changes rapidly. Developers expect clothing to fly off store racks, reducing costs while allowing for more customization. Sewbots are currently being tested in Georgia, the home of the research project.

Reddy explained that young designers can market clothing, as unique pieces can be easily made using sewbot technology. The designer no longer needs a major contract for millions of units to get his or her goods to the general public. The opportunities are endless, as the machine can make every piece different with a simple change in programming.

“Current rules states military uniforms must be made in the country,” Reddy continued. “Complying with these rules has become more difficult, as the textile industry continues to move abroad. The country is now experiencing a gap of talent, due to this migration. Even when cost considerations are removed, the talent base has become older and is now aging out. “

Many assume the talent gap can be closed simply by training new workers. The reality is that new workers must be taught to program the machine. “The jobs created with the introduction of these sewbots will actually be high-skilled, high-tech ones,” professor Jayaraman declared. “Thankfully, these are exactly the types of jobs needed here today.”

Sewbots represent a major advance in technology. The American Apparel and Footwear Association reports 97 percent of all apparel in the United States is imported. It’s time to bring the ‘Made in America’ label back, and sewbots will help to make this possible.

With the help of sewbots, many of the jobs lost to China in these industries would return to the USA. But what will happen to the skilled sewers in the USA? What are your thoughts on sewbots? Let us know in the comments below.

Walmart Open Call for Made in USA Products