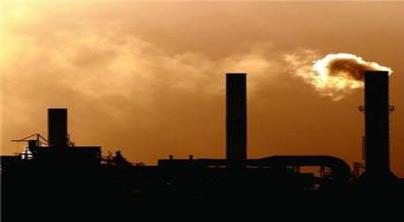 Published in today’s BUSINESS INSIDER Article by: Dean Baker, CEPR | Apr. 4, 2012, Dean Baker is the co-director of the Center for Economic and Policy Research Contact: Mr. Dean Baker Subscribe to his RSS feed
Eduardo Porter had an interesting column in the NYT discussing the future of manufacturing jobs in the U.S. economy and the role of trade. While the piece makes several valid points, it seriously underplays the importance of manufacturing jobs. Remarkably, it also does not discuss the trade deficit and the dollar.The piece is correct in saying that there is nothing intrinsically good about manufacturing jobs and that it makes little difference to manufacturing workers whether they lose their jobs to trade or productivity growth. Nonetheless, it is still true that manufacturing remains a source of relatively high-paying jobs for workers without college degrees. This may be the result of a historically legacy and higher than average unionization rates, but it is still the reality.The issue of trade is also important, because the loss of jobs as a result of trade deficit creates a situation that is in the long-run unsustainable. If the economy return to full employment we would have a trade deficit of close to 5 percent of GDP (@$750 billion a year). A trade deficit of this size logically implies negative national savings of the same magnitude. That means that we must have either negative private savings (i.e. households and firms have negative savings) and/or a government budget deficit that is equal to $750 billion a year.
Of course the main factor in determining the size of the trade deficit is the value of the dollar. If the dollar is over-valued by 15 percent, it means that our exports will cost roughly 15 percent more for people in other countries while imports will cost roughly 15 percent less for people living in the United States. There is no policy or set of policies that can have anywhere near as much impact on trade as the value of the dollar.This is why a discussion of the value of the dollar should be front and center in any discussion of trade. If the dollar were to fall by 10-15 percent, and bring trade back into balance, it would generate close to 5 million new manufacturing jobs in the United States. This would have an enormous impact on the labor market for less-educated workers.The article also includes a comparison of jobs that are subject to international competition and jobs that are not. This is highly misleading. Whether or not a job is subject to international competition is a matter of policy, not an intrinsic feature of the job. The fact that manufactured goods are widely traded is the result of long set of trade agreements over the last three decades that were deliberately designed to make it as easy as possible for U.S. firms to hire low-cost labor in the developing world and ship their production back to the United States. Our trade negotiators could have instead devoted their energies to make it as easier as possible for foreign students to train to U.S. standards as doctors, dentists, lawyers, economists or other professionals. There are tens of millions of very bright people in China, India, Mexico and elsewhere in the developing world who would be very happy to train to U.S. standards in these professions, including becoming proficient in English, and work in the United States for less than $100,000 a year. We do actually bring large numbers of foreign workers into the country in some occupations, but they tend to be low-paying ones. Immigrant workers are enormously important in farm work, restaurant and hotel work and residential construction. They would be equally dominate among physicians, dentists and lawyers if they faced as few barriers as they do to working in these low-paying occupations. The savings to U.S. consumers from this sort of expanded trade in professional services would be hundreds of billions of dollars annually in the form of lower health care costs, reduced university tuition and savings on all other products in which the cost of highly paid professionals is a major input. The reason that trade agreements did not take this route is that U.S. professionals have much more political power than manufacturing workers. As a result, they have been able to maintain barriers that largely protect them from competition with their counterparts in the developing and developed world. (U.S. professionals also make more than their counterparts in Europe.)
We are glad that Manufacturing Jobs Still Matter, how about you?

Made in USA – All American Clothing Company Keeps True to Its NameThe Promise of Today’s Factory Jobs
Scroll to top
%d bloggers like this: