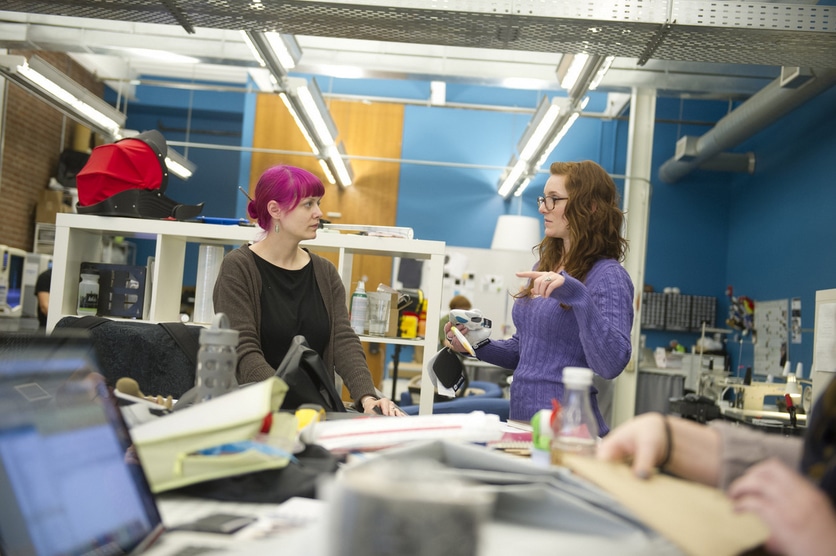 PITTSBURGH—Thorley Industries LLC began planning several years ago to launch a baby car seat with a set of electronic controls and a potential novelty: The Pittsburgh-based firm considered making the seats in the U.S.

Officials at Thorley, which manufactures most of its infant-care line in China, sought to avoid for at least one product the trans-Pacific flights and language barriers that come with doing business overseas. They looked to lower shipping costs and eliminate the monthslong wait for supplies to arrive and clear customs. There also was the chance customers might prefer American-made.

In the beginning, at least, “I think we were all definitely rooting for the U.S.,” said Rich Juchniewicz, a product developer at Thorley, which markets its baby line under the 4moms brand.

For years, the U.S. has ceded more and more of its manufacturing to lower-cost corners of the global economy. No one expects the U.S. to again make most of the electronic gadgets, tools, toys, furniture, lighting and other household products that tally more than $500 billion a year in imports.

But some companies contend the U.S. has renewed its attraction. Wages are stable, for example, while China’s have soared. The U.S. energy boom has reduced natural gas prices and kept a lid on electricity costs. Plus, more companies want to protect designs from overseas copycats, keep closer tabs on quality control and avoid potential disruption in supply chains that span oceans.

As China’s cost advantages shrink, the U.S. has the potential, with investments in automation, to retrieve a share of such imported household products as TVs, vacuum cleaners and toasters, said Hal Sirkin, a Chicago-based senior partner at Boston Consulting Group. U.S. firms will do it “not to be patriotic,” he said, “but because they can make money.”

Any shift, no matter how small, may well depend on the experience of such companies as Thorley, which plans to begin selling its new infant car seat later this year.

A dozen Thorley managers began their quest with a tour of prospective U.S. factories in four states to find a manufacturer—a mission undertaken by other pioneering companies.

K’Nex Brands LP, a family owned toy maker in Hatfield, Pa., several years ago returned most production of its plastic building toys to the U.S. from China, for example. Unlike Thorley, K’Nex already had a U.S. manufacturing plant, making it easier to bring work home.

But K’Nex struggled to find a U.S. maker for Lincoln Logs, the toy it produces in China under license from Hasbro Inc. Michael Araten, chief executive of K’Nex, found that some U.S. wood factories were geared only for furniture and other large products; others couldn’t shape the small wooden toy at high volumes. 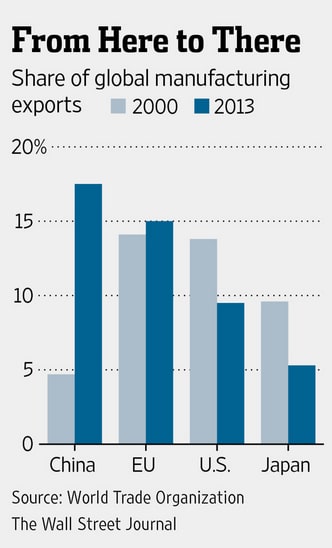 PrideSports LLC, a maker of golf tees, contacted K’Nex in 2013 after seeing an article in The Wall Street Journal mentioning the search. PrideSports said its factory in Burnham, Maine, had equipment for golf tees that could also make toy logs. The made-in-U.S. Lincoln Logs will hit the market this year.

Capital Brands LLC of Los Angeles, maker of the Nutribullet and Magic Bullet blenders, is considering moving production to the U.S. from China. But Colin Sapire, chief executive, said his Chinese partners have engineering skills and a work ethic that could be hard to match in the U.S. He said the company has sold more than 20 million of the Chinese-made blenders in the past two years.

Even so, Mr. Sapire said, his company would continue to search for opportunities to make products in the U.S.

More U.S. companies would shift production from abroad if they analyzed the costs of overseas production to include such things as the shuttling of executives abroad and holding large inventories as a hedge against supply disruptions, said Harry Moser, founder of the Reshoring Initiative, an industry-funded nonprofit that promotes U.S. manufacturing.

Willy Shih, a professor at Harvard Business School, is less optimistic. “China has really captured the whole electronic supply chain,” he said, and that is unlikely to return to the U.S.

Instead of trying to make established products in the U.S., Mr. Shih said, “we’re going to have to focus on next-generation technologies” in, for example, advanced pharmaceuticals.

Some of the hurdles are practical. The U.S. needs to rebuild its supplier base, as well as invest in more efficient manufacturing equipment. The average age of industrial equipment in the U.S. has passed 10 years old, the highest since 1938, according to estimates by Morgan Stanley & Co. economists.

Wal-Mart Stores Inc. has beefed up efforts to buy more U.S.-made goods but finding U.S.-made electrical devices is difficult. The retailer sells electric fans produced by Lasko Products Inc., a family-owned company based in West Chester, Pa. But Lasko, like other U.S.-based manufacturers, can no longer find domestic suppliers of small electric motors.

Billions of these motors are made abroad every year, said Alex Chausovsky of IHS Technology, a research firm. They require manual labor, one reason the industry shifted to Asia decades ago. Even if wages in Asia climb, he said, production isn’t likely to move back to the U.S. 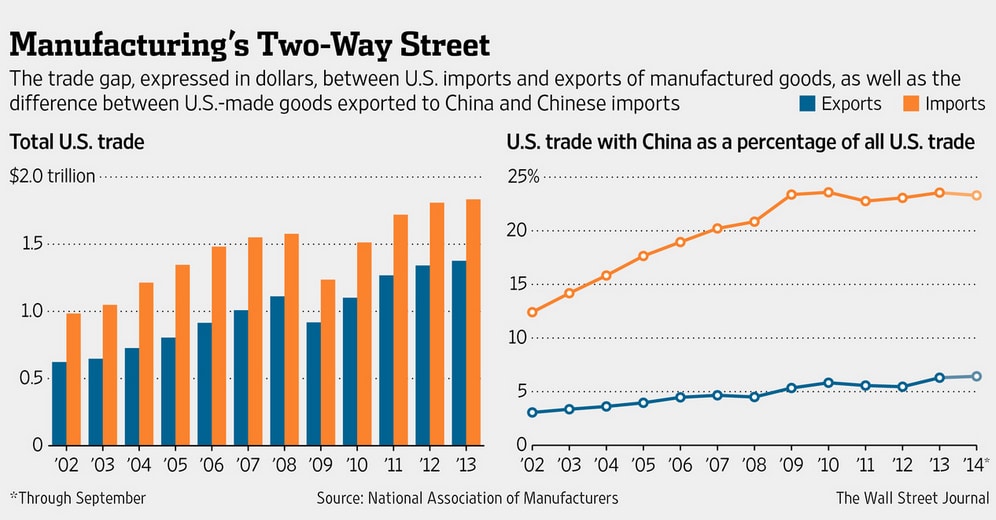 But many U.S.-based designers of consumer products over the past two decades have grown comfortable contracting with overseas manufacturers. Some doubt they can get the same expertise, efficiency and flexibility in the U.S.

The 10-year-old Thorley company, which has annual sales of about $50 million, had little experience with U.S. manufacturing, except for its infant bathtub, which is molded in Erie, Pa. Its automatically folding stroller, motorized baby swing and playpen are made in China.

In its early days, Thorley relied partly on Chinese partners to figure out how to make the gadgets it designed. The company has about 165 U.S. employees in such areas as engineering, design and marketing.

One of Thorley’s main manufacturers in China is Jetta Co., which makes more than 100 products for foreign firms, including robotic toys, vacuum cleaners and American Girl dolls. At Jetta’s factory complex in Guangzhou’s Nansha district, halls are piled high with parts-filled plastic boxes headed for dozens of production lines. On a recent day, a train of carts loaded with 4moms boxes rumbled toward a warehouse. Women on a production line assembled the 250 or so parts making up the 4moms mamaRoo infant seat.

“You come up with a good idea, we can make it happen,” said C.S. Wong, Jetta’s director of engineering.

But labor costs are rising as much as 20% a year. Jetta workers in Nansha typically earn around 3,300 yuan, about $537, a month. Those with more specialized skills earn more. The median wage of assembly workers in the U.S. is about $2,600 a month, according to government data.

Jetta and Kin Yat Industrial Ltd., which also makes Thorley’s 4moms products, are adding automation to cut labor costs. At Kin Yat’s plant in Shenzhen, near Hong Kong, a woman in a green cap and a green-and-orange blouse drops bolts into a housing, then holds it up to a round machine that tightens seven at once. “This used to take five people by hand,” said Vincent W.C. Fung, executive director of Kin Yat. “Now it’s taking just one.” 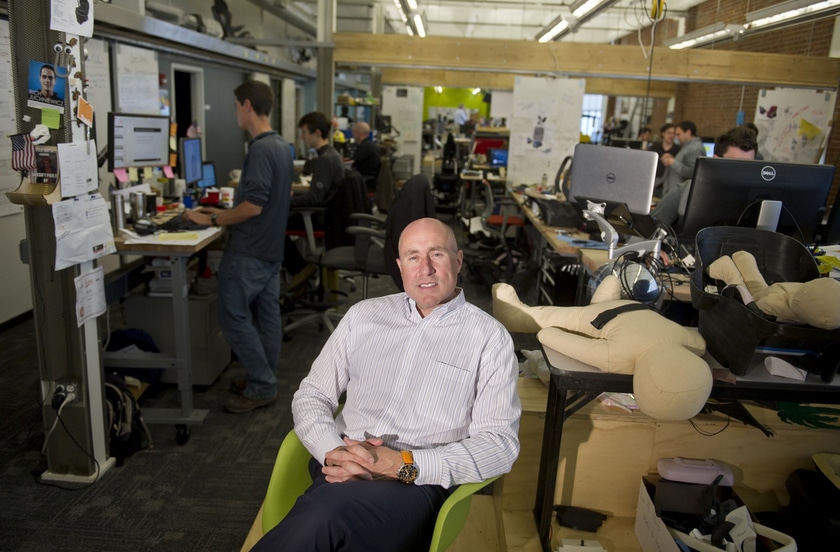 Rob Daley, chief executive of Thorley Industries, a Pittsburgh-based company that designs and makes the 4moms baby line, plans to launch a new baby car seat with electronic controls this year. China, where most of the company’s products are manufactured, has ‘this unbelievable ecosystem that supports manufacturing that’s hard to duplicate,’ he said. PHOTO: JEFF SWENSEN FOR THE WALL STREET JOURNAL

Though Chinese factories are known for flexibility, Jetta and Kin Yat officials said it was getting harder to ramp up production to meet spikes in demand. Workers are harder to find. “Years ago, we could hire 5,000 to 6,000 workers within a month, just put out the word,” said Jetta CEO Kenneth Wong. “But that’s all changed.”

Jetta still varies its workforce considerably. The Nansha factory swings from around 4,500 workers to 8,500 at peak times.

Most of Jetta and Kin Yat’s suppliers are within an hour’s drive. In China, “there’s just this unbelievable ecosystem that supports manufacturing that’s really hard to replicate,” said Thorley’s chief executive, Rob Daley.
Mr. Daley assigned David Yanov, his chief operating officer, to scout potential U.S. manufacturers for the new baby seat. Mr. Yanov, who joined Thorley in 2012, had spent two decades at a company that made medical devices, a job that involved overseeing factories in China and the Philippines.

Unlike China, the U.S. doesn’t have large numbers of so-called contract manufacturers that specialize in producing finished consumer goods. Mr. Yanov and his colleagues set up visits to potential partners in Pennsylvania, Ohio, Illinois and Kentucky. Three companies bid on the project. Thorley also got bids from manufacturers in China.

Once shipping and other expenses were calculated, Thorley discovered it would cost about the same to make the baby seats in the U.S. as in China. The decision became, Mr. Juchniewicz, the product developer, said: “Who do we want to work with?”

Mr. Daley, the CEO, thought it would be easier to monitor production and maintain quality control with a local factory. “You burn a lot of time,” he said, in trips to China. 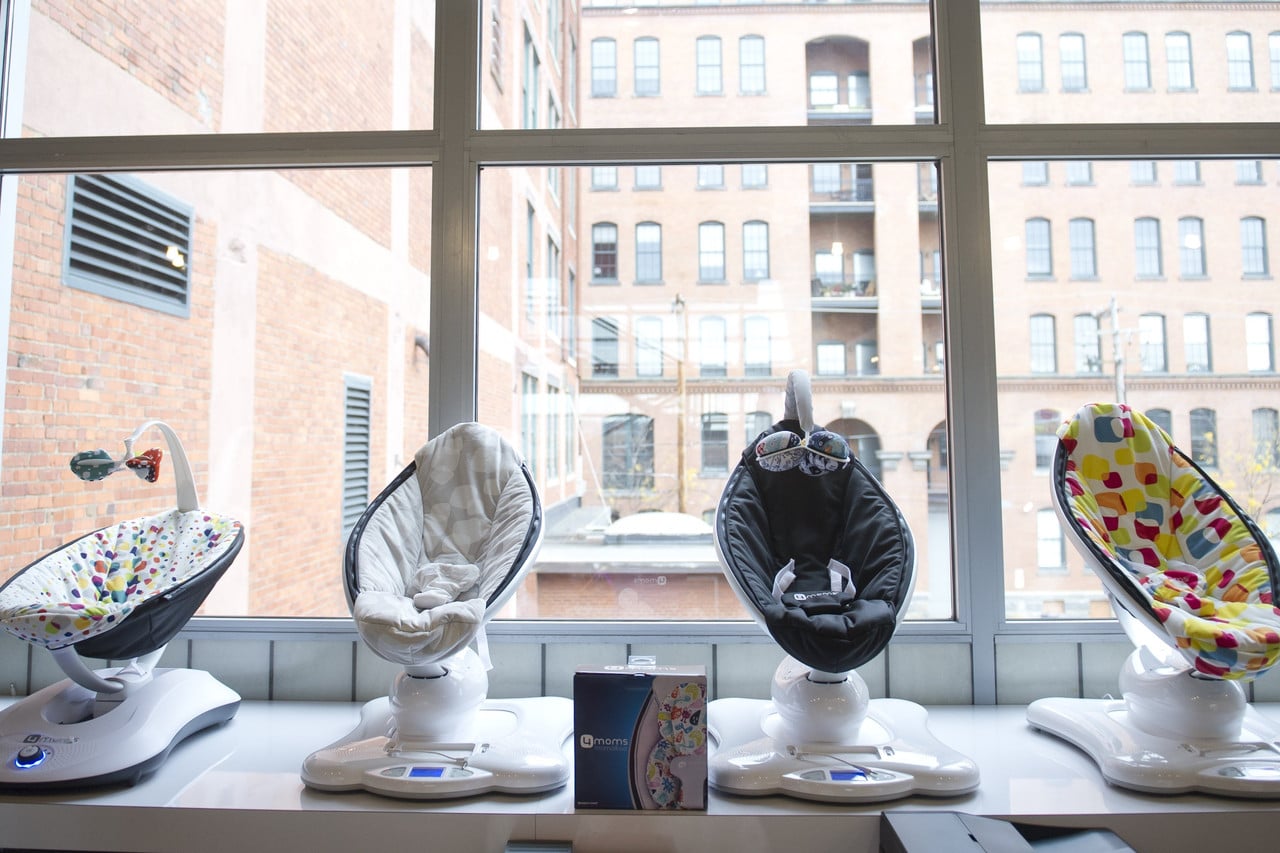 The front desk of Thorley Industries in Pittsburgh displays some of the high-tech infant seats sold under the company’s 4moms brand. PHOTO: JEFF SWENSEN FOR THE WALL STREET JOURNAL

On the other hand, Mr. Yanov said, his company knew what to expect from Thorley’s Chinese partners, who expertly managed frequent changes in design and specifications for new products. “Our model is, ‘Oops, we just thought of something else we’d like to add,’ ” he said. Thorley executives worried that a U.S. firm might take weeks to respond to such changes.

“The clock speed is faster in China,” Mr. Yanov said. Because of the 13-hour time difference, he said, he can email a Chinese factory at the end of his workday and get an answer overnight. “It’s a quasi-24-hour day,” he said.

The new car seat requires electronics parts from Asia, as well as imported fabric. Mr. Yanov knew his Chinese partners were good at integrating the electronics with other parts, but, he said, he wasn’t sure what to expect from a U.S. factory.

“Who points the finger at whom if the electronics don’t work?” Mr. Yanov said. Mr. Daley, the CEO, said U.S. assembly of electronic parts from overseas “was just going to be that much more complicated to manage.”

After reviewing the Chinese and U.S. bids, Thorley decision makers began debate in the afternoon and finished around 8 p.m. They would make the car seats in China.

“I think the Chinese were trying a little harder” to get the business, Mr. Juchniewicz said.

Made in USA, From Sheep to Shelf: Zady’s Feel-Good Sweater

Attracting Future Generations of US Manufacturing Workers
Scroll to top