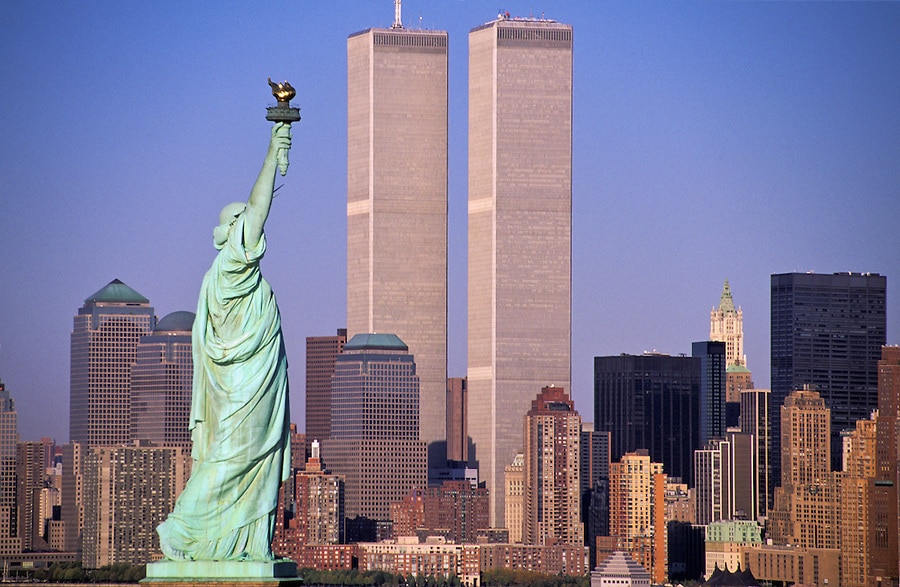 Today, on the 9/11 anniversary, bells will toll and tears will flow as the nation marks a dark day in sorrowful yet hopeful ceremonies.

Seventeen years ago today, terrorists hijacked passenger planes and rammed two into New York City’s World Trade Center, and a third one into the Pentagon in Washington.

A fourth jetliner crash-landed on an empty field in Pennsylvania.

By the time the carnage was over, terrorists had killed 2,977 people in one of the deadliest attacks on American soil.

People, buildings, and planes fell from the sky. Terrified strangers became friends as Americans united on a day that changed the world forever.

Today, like every other anniversary after it happened, a resilient nation will look forward to the future, but remember the past.

Here are the main events that will pay tribute to the many lives lost on September 11, 2001:

In New York, the ongoing focus remains on the new One World Trade Center in downtown Manhattan, the tallest building in the Western hemisphere at 1,776 feet.

The single skyscraper replaces the iconic Twin Towers, destroyed on that solemn day — marking the first ever attack on US soil.

Solemn ceremonies and events are planned every year to mark the day, considered one of the darkest in America’s history — on a par with the attack on Pearl Harbor.

Meanwhile, watch for the 2018 9/11 Anniversary TV schedule of upcoming news specials and documentaries looking back at the events of September 11, 2001.

This year, the National Geographic Channel and the History Channel will devote their entire daytime and primetime schedules to 9/11, including a new History Channel entry, “9/11: Escape from the Towers”, beginning at 9PM ET on Tuesday.

9/11 commemorations have been placing less emphasis on the events of the day and focusing more on the natural resilience of the US in the face of utter tragedy. To that end, volunteering has markedly increased since the attack, as more Americans take part in community service in a positive step to remember those lost on 9/11.

• As always, the anniversary of 9/11 in New York City will be marked at Ground Zero with four moments of silence — to observe the times when each plane hit and each tower fell, beginning at 8:46 am. Family members of all 9/11 victims are always invited to attend.

• Nearby St. Paul’s Chapel traditionally hosts morning bell services followed by Prayers for Peace and ringing of the Bell of Hope in remembrance of 9/11.

• “The Tribute in Light”  – Comprised of 44 7,000-watt xenon light bulbs arranged into two 48-foot squares in the shape of the twin towers, the tribute in light is located at West and Morris Streets in Lower Manhattan. Each year, the lights are lit at sunset on 9/11 and burn brightly until sunrise on September 12. 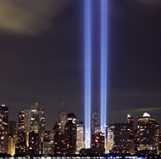 President Donald Trump will mark the solemn 9/11 anniversary of the attacks by participating in a ceremony at the 9/11 Memorial in Pennsylvania on Tuesday.

He and the first lady led a moment of silence on the White House lawn at the exact time that hijackers rammed the first of two airplanes into the Twin Towers.

Trump also participated in last year’s 9/11 observance at the Pentagon.

September 11, 2018, 9:30 a.m. Wreath-laying at Courthouse Plaza flagpoles, 2100 Clarendon Blvd. Arlington County police and firefighters were first responders when terrorists slammed a plane into the Pentagon on Sept. 11, 2001. Join the community to remember the lives lost in the attacks that day, and to express your gratitude to those who rushed to the scene to save lives.

Moment of Silence and Flags Across Arlington – September 11, 2018. Arlington National Cemetery, Arlington, VA. A moment of silence will be held at 9:37 a.m. to remember the 184 victims of this tragic event. Arlington County will hang U.S. flags from overpasses and buildings in a display of “Flags Across Arlington.” The cemetery is open and the public is welcome to visit.

9/11 Anniversary Unity Walk – September 16, 2018, 1:45-6 p.m. The Unity Walk is an interfaith, cross-cultural commemoration of the September 11 attacks. This year’s Walk will take place on Embassy Row in Washington DC. The Unity Walk offers participants the opportunity to learn about different faiths and cultures at open houses for churches, synagogues, temples, gurdwaras, and mosques; enjoy diverse cuisines, and participate in a service project hosted by Unity Walk’s Interfaith Youth Action Group. The event is free and open to all.

Where were YOU when the world stopped turning? How are you remembering today? Will you attend one of the events in NYC, PA, DC or VA? Let us know in the comments below.

Wishing you all a day of love and blessings.

5 Things I Wish I Knew Before I Founded My Company: John Duisberg, Co-Founder...