The Made in America Store Thrives 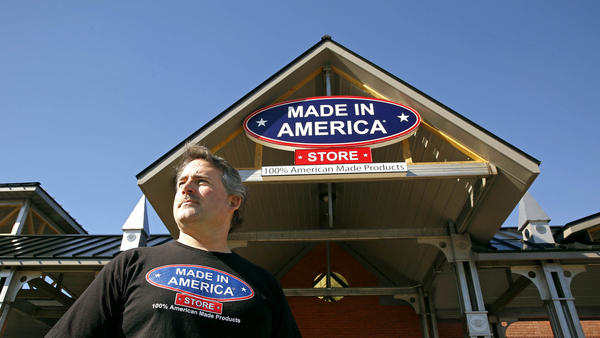 Four years ago Mark Andol went from running four welding and fabricating plants with 70 employees to having to close two of the plants and reduce his workforce down to 31 people. He was losing the business he had spent decades building to overseas companies able to produce the same components at lower costs. He had to lay off family members, friends, and long-time workers. That’s when he decided to open a retail store selling 100 percent American-made products to do his part to bring jobs back to America and support American families.

“It was a tough, tough time in my life; I had laid off family members,” says Andol. “I wanted to stand for our country, American workers, people that work with their hands.”

The Birth of The Made in America Store!

Determined to turn the situation around for himself and his remaining employees, he opened The Made in America Store on April 3, 2010, to 600 customers waiting outside. He had a selection of 50 products he confirmed were 100 percent American-made from the packaging down to the ink and glue. The products are even backed by letters of authenticity. Local, national and then international media attention quickly found the store, with his business being featured in media outlets from countries like Japan, Korea, Germany, England, and Russia. 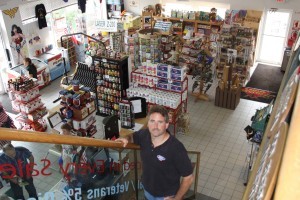 “From there, the buses started coming to the store out of nowhere. We became a destination. I’m proud to say we had 375 buses visit The Made in America Store in the last four years, and they come 80 percent from out of state,” says Andol. “They love to see the quality products, they love to see the store. A lot of the demographic is ages 50 to 70 on these buses, and they truly love America. They remember when and how it was.”

Since that time, Andol has opened three additional Made in America Stores, one of which is located at Niagara Falls and is the first souvenir shop to sell 100 percent American-made products. This past spring he introduced his own invention, the All-American Grill, at the 2014 National Hardware Show in Las Vegas, where it won Best New Product in the All-American Awards. It is a compact, portable 20-pound grill with a 16-inch diameter, a rotating top to move food away from the fire or add wood and no loose parts; it is packed like a drum with a single T-nut to unwind for assembly.

The Made in America Movement Thrives

Today his Made in America Stores sell over 6500 products, supporting 400 vendors from a range of categories spanning kitchenware, clothing, hardware, health and beauty, toys and even a grocery section. He still runs his General Welding and Fabricating business as well, where the All-American Grill is manufactured, and he has since been able to rehire some of the people he had to lay off. 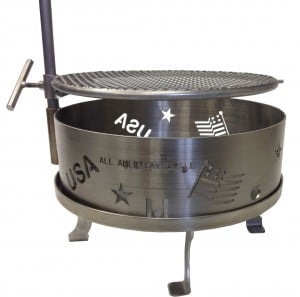 Andol says that since he began his journey he has only seen the demand for products made in the United States increase along with the variety of products available. He credits this to a whole “Made in America” movement taking place in this country. Some companies have even adjusted products, changing out a foreign-made component for an American-made one to make the product entirely made in the USA.

“We’re tough on people, but a lot of people have changed to be in our store now, which is really neat. Some people adjust a couple of things that weren’t made here,” says Andol. “That’s all part of the movement; that’s pretty neat to see people change and come back to the States and try to build here. There are a lot of reasons that force them overseas.”

In a somewhat ironic twist, those overseas countries have consumers who also find great value in American made products. Andol, along with Sam Weiner, President of EdgeCraft Corporation, an American-based company that manufactures electric and manual knife sharpeners and high-end forged cutlery in Avondale, Pennsylvania, can attest to customer feedback that reflects this. 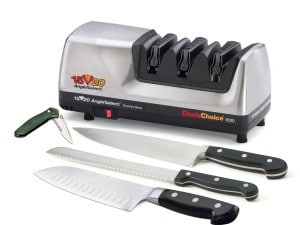 From beginnings in a Delaware basement to currently selling more than 100 models of Chef’sChoice electric and manual knife sharpeners all manufactured in America, EdgeCraft now employs about 150 workers and has remained dedicated to providing quality products for customers.

“There are certain advantages to producing a product in the United States. First of all, we have control over the quality and cost of the products that we manufacture and therefore, we are better able to provide value to our customers, that’s number one,” says Weiner, who has been with EdgeCraft since 1988. “Additionally, we can be much more responsive to our retailers in their efforts to maintain proper inventory levels to meet customer demands and the unexpected shifts in the marketplace.”

According to Andol, the average American consumer is now becoming more educated about the vital role of American manufacturing in our economy. “I think people are getting more educated, people are realizing you know if their neighbors don’t have a job that there’s a reason – or if they don’t have a job. We need more manufacturing back, and, to me, that’s how this country was built – with the manufacturing economy. I think it has to come back, but schools have to make it okay [for students] to work with their hands – parents and guidance counselors, too,” says Andol.

This story was originally published in the January 2015 issue of Kitchenware News.

JC Penney to close 40 stores in 2015 taking jobs with them THE END OF AMERICAN MANUFACTURING?
Scroll to top
%d bloggers like this: