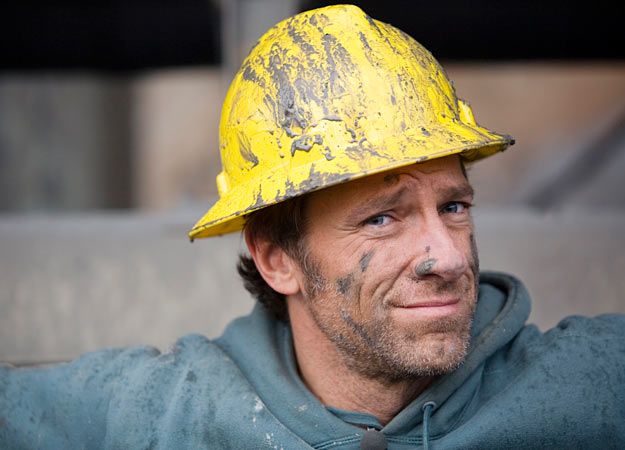 Mike Rowe Encourages Students To Learn A Trade
I spent a few hours Wednesday night listening to Mike Rowe from Discovery Channels‘Dirty Jobs’ talk about how profoundly disconnected Americans are about jobs, skills and work. We met him at SkillsUSA Annual Championships happening now in Kansas City.
Reposted from The Huffington Post:

Rowe traveled the world for the past six years taking on jobs with people that were dangerous or just plain disgusting that Americans do every day to make a living.

Personally learning how to make snakes vomit for science or having an angry African monkey named ‘Patty’ stare you down while creating livable space for her and 24 of her friends were two of my favorites!

SkillsUSA was awesome! Awesome! G-d’s work and I don’t say that lightly. They have over 340,000 youth in our schools learning trades and many are STEM trades such as: Digital Marketing, Robotics, Inventions, Electrical Engineering and also Welding, Motorcycle Repair, Automotive, Criminal Justice and more! There were 10,000 at the conference and some very very proud CTE (Career & Technology Education teachers). They boast 98 percent high school graduation rates from their research. WOW! The national average is just over 70 percent.

Walking around the huge Expo center with Edie Fraser, our dynamic CEO at STEMconnector watching kids compete for their destinies (most competitions were at 8 hours long!) was mesmerizing.

Now I hate to be crude, but at least 8 board member plus 100 more corporate and education leaders asked me if this was my ‘first time,’ at the conference with such zeal it was like the Madonna song — you know which one I’m referring to…

“Whatever Kool-Aid they are manufacturing and mixing, that’s a promising skill into itself,” I mused. How do we bottle more of that to build our workforce?!

Rowe with his signature baseball cap and jeans pointed out that in the ’70s, colleges created a poster campaign that told us to work smarter not harder, and the campaign was spectacularly successful! Rowe also shared his view that this campaign was the worst advice ever given. Why?

Out went vocational education and skills-based learning for jobs.

We shifted focus off of skills and trade and the great equalizer of our country became to get kids college bound and degreed.

We became a country where testing scores are currency and not whether a child can show up on time, a positive mental attitude, focused resume and a work ethic to become an expert in a craft or skill.

We forgot how to just make something that America could sell and many ‘dirty jobs’ were viewed as beneath us in our quest to work smart but not necessarily hard.

Mike and others have pointed out time and time again to us that most jobs require a two-year degree (yeah, community colleges!) or less, and technical training and certifications. Also pointed out is that many of these jobs, especially if technology or engineering are involved, can start with salaries in the late 40’s and 50’s. The U.S. Department of Labor shares that only 18 percent of jobs require a 4-year college degree.

“We must be prepared with the skills for America so America will be prepared,” said the dynamic youth president on the podium at opening night. The event resembled a Junior Olympics or rock concert with “America Needs Me” posters abound.

I spoke to him afterwards and he would like very much to be a STEM teacher in Automotive Technologies for a few years once he finishes his two-year degree and he plans to continue his education from there.

Rowe suggests that the new motto should be to ‘Work Smart and Hard.’ That’s a campaign we can all get behind. Whether you go to a 4-year college, or a 2-year college, or get some vocational training, know what the jobs you want requires education-wise and what jobs pay to help you map out your decisions and training. Now that’s smart!

I hope you will also be touched for the very first time by SkillsUSA and groups like 4H, Girls Scouts, DECA, YearUp, Invent.org, Youthbuild, NFTE and more that teach real deal skills.

Get dirty and get out there meeting your education institutions to make sure you have a pipeline. Make sure your industry standards are being met and begin mentoring kids in schools and after school on these skills. Judge competitions. Build partnerships. Send equipment they can learn on. Build a school to hire internships and apprenticeship program.

When you go out there and meet rock star workers like the ones we met in Kansas City, consider hiring them. Let them know what training they need now to work for you and hopefully reach them before they rack up hundreds of thousands of dollars in debt.

Putting America Back to Work: 5 Ways Made in USA Is Staging a Comeback