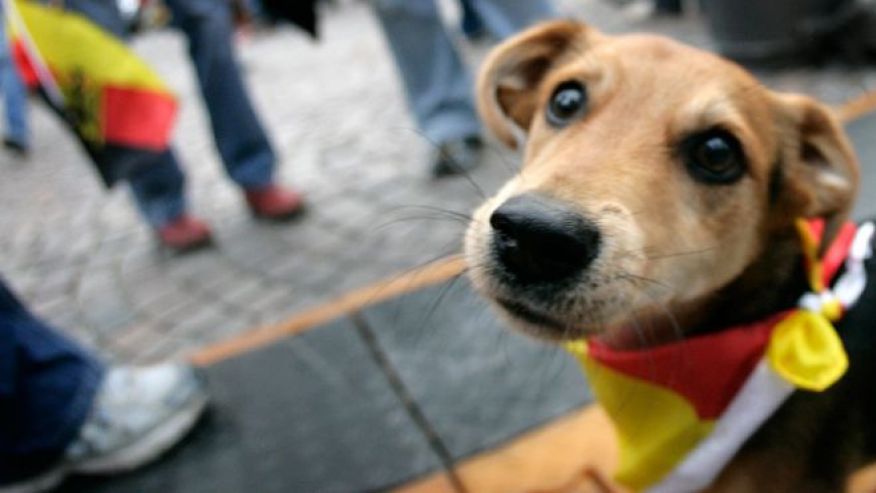 More than 1,000 dog deaths may now be linked to toxic jerky treats, according to a recent update from the Food and Drug Administration (FDA).
The agency said that since 2007, there have been almost 5,000 complaints of pet illnesses related to the treats. The majority of the symptoms reported include gastrointestinal or liver disease, and about a third were linked to kidney and urinary disease.About 10 percent of the illnesses included other signs such as neurologic, dermatologic, and immunologic symptoms, and about 15 percent of the kidney and urinary disease cases also tested positive for Fanconi syndrome – a rare kidney disease also associated with the pet deaths.The FDA is still unsure of the specific cause for the reported illnesses and deaths, but most cases reportedly occurred after the pets had eaten chicken, duck or sweet potato jerky treats imported from China. Dr. Jonathan Levine, an associate veterinarian at Blue Pearl Veterinary Partners in New York City, said owners should always check the labels of whatever foods they give their pets.

“Always be aware of what you’re buying and where it’s coming from,” Levine said.

Yet that may not always be enough to keep pets safe; products stamped “Made in the USA” could still contain ingredients sourced from China or other countries, the FDA warned.

The FDA has partnered with the Centers for Disease Control and Prevention (CDC) to figure out what foods may be contributing to pet disease.  The study will compare the foods eaten by sick dogs to those eaten by dogs who haven’t gotten sick, in order to determine if the jerky is really the culprit.

So far, testing of jerky pet treats from China revealed low levels of antibiotics as well as the antiviral drug amantadine in some chicken samples.  Although FDA-approved for pain-control applications in humans and in dogs, the agency prohibited its use in poultry in 2006 to help preserve its effectiveness.

The FDA does not believe amantadine contributed to the illnesses, as the side effects of the drug do not correlate with the symptoms seen in the pets; however, amantadine should not be present at all in jerky treats.

Chinese authorities have agreed to conduct additional screenings and follow up with jerky treat manufacturers, and the FDA has notified U.S. treat makers of the presence of amantadine in some jerky products. The agency will also continue testing these products for drugs and other antivirals.

The FDA cautioned pet owners that jerky pet treats are not required for a balanced diet. If your pet experiences any sign of illness, including vomiting, diarrhea and lethargy, contact your veterinarian right away. 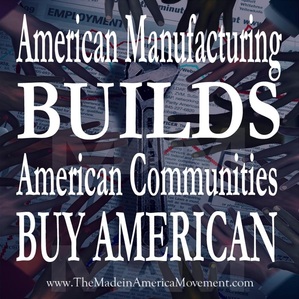 BY: Jeffrey M. Jones
Patriotism, Jobs Primary Motivations for ‘Buying American’.  Six in 10 say they would pay more to buy U.S.-made products
PRINCETON, NJ — Forty-five percent of Americans say they recently made a special effort to buy products made in the United States. When asked why, these shoppers mainly cited patriotic or altruistic goals related to the national economy, including creating and keeping jobs in the U.S., rather than product-specific considerations such as quality, safety, or cost.

Fewer Americans in the April 11-14 poll mentioned specific attributes of U.S. versus foreign products as reasons for buying American, including the perception that U.S. products are better quality (13%) or concerns about the safety or quality of products made overseas (3%).

Though a substantial percentage of Americans, 45%, say they have made a special effort to buy U.S.-made products in recent months, more, 54%, have not made an attempt to do so.

There are wide generational differences in U.S.-centric shopping habits, with older Americans (61%), aged 65 and older, much more likely than younger Americans (20%), aged 18 to 29, to actively search for products made in the U.S. Younger Americans may be more accustomed to getting their products from overseas, and with international free trade agreements increasingly common, they may not have been exposed to as much pressure to “buy American.”

In addition to differences by age, there are differences by race and place of residence, with whites and those living in rural areas showing a greater propensity to favor American-made products. There are at best modest differences by gender, income, and party identification.

Sixty-four percent of Americans say they would be willing to pay more to buy a U.S.-made product than a similar product made in other countries. This includes the vast majority, 88%, of those who make a special effort to buy U.S.-made products, but also nearly half of those, 44%, who do not.

Nearly half of young adults, 43%, say they are willing to pay more for U.S. products. However, that figure is much smaller than the 70% of Americans aged 30 and older who are willing to do the same.

Meanwhile, 52% say the U.S. has gained ground on Asian countries in terms of the quality of goods the country produces. But again, little has changed in Americans’ views on the topic since 1990.

One thing that has changed since 1990 is the rise of Chinese-made goods sold in the U.S. The 1990 question did not specify China as an Asian competitor, and Gallup did not include China in the 2013 update to ensure the current measurement is comparable with the past.

“Buy American” behavior is far from universal in the U.S., but nearly half of Americans say they actively try to buy U.S. products, and even more say they are willing to pay more for U.S. products.

Patriotism and concern for the health of the U.S. economy are major reasons behind people’s shopping for American-made products, but those attributes may be in shorter supply among younger Americans who find less appeal in U.S.-made goods. In fact, Gallup has found younger people in the U.S. ranking among the least patriotic subgroups of Americans.

If younger consumers continue to be less interested in buying U.S.-made products as they get older and future generations show a similar weak commitment to buying American, the wide generational divide in U.S. product shopping behavior could be a concern for the future market of U.S. products.

At the same time, there does seem to be a sizeable latent market for U.S. products that could be tapped, exemplified by the roughly one in five Americans who are not actively shopping for American-made goods but who say they are willing to pay more for U.S. products.

Results for this Gallup poll are based on telephone interviews conducted April 11-14, 2013, with a random sample of 1,012 adults, aged 18 and older, living in all 50 U.S. states and the District of Columbia.

For results based on the total sample of national adults, one can say with 95% confidence that the margin of sampling error is ±4 percentage points.

Samples are weighted to correct for unequal selection probability, nonresponse, and double coverage of landline and cell users in the two sampling frames. They are also weighted to ma
tch the national demographics of gender, age, race, Hispanic ethnicity, education, region, population density, and phone status (cellphone only/landline only/both, cellphone mostly, and having an unlisted landline number). Demographic weighting targets are based on the March 2012 Current Population Survey figures for the aged 18 and older U.S. population. Phone status targets are based on the July-December 2011 National Health Interview Survey. Population density targets are based on the 2010 census. All reported margins of sampling error include the computed design effects for weighting.

In addition to sampling error, question wording and practical difficulties in conducting surveys can introduce error or bias into the findings of public opinion polls.