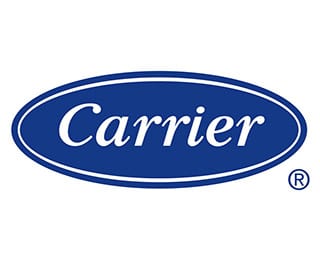 Indiana state officials have agreed to give United Technologies Corp. $7 million worth of tax breaks to encourage the company to keep at least 1,069 jobs at its Carrier unit in Indianapolis, Carrier and the state said on Thursday.

President-elect Donald Trump has claimed credit for keeping well-paid manufacturing jobs in the country, but the deal is less than a complete victory for the Republican who campaigned on “putting America first.”

In the election campaign, Trump vowed to impose hefty tariffs if Carrier did not reverse course on shifting jobs to Mexico. The deal means Carrier will still send an estimated 1,300 jobs to Mexico.

United Technologies chief executive Gregory Hayes said at an event that the company will invest more than $16 million over two years to keep its Indianapolis plant in the state.

The Indiana Economic Development Corp. said it has offered Carrier $5 million in conditional tax credits based on a plan to retain 1,069 jobs with an average wage of $30.91 per hour, spokeswoman Abby Gras said.

She declined to say how many of those jobs are at the plant or at the company’s headquarters, but the Wall Street Journal reported the deal would save about 800 of the 1,400 jobs at the plant and about 300 at the headquarters.

Indiana is also offering $1 million in training grants to support workforce development and $1 million in tax credits, Gras said. The agreement has not been finalized yet.

Some other details of the deal in Vice President-elect and Indiana Governor Mike Pence’s state were unclear but it has already been criticized on the left and right.

Trump and Pence celebrated the 1,000 jobs deal at an event in Indianapolis on Thursday, but employers elsewhere in Indiana are laying off five times as many workers because of foreign competition.

Trump “did just what he said he would do,” Pence said, recounting his push to convince Carrier to remain in Indiana. “He made the case for America.”

Neither Trump nor Pence made any reference to United Technologies’ planned job cuts in Indiana.

U.S. Sen. Bernie Sanders of Vermont, who lost the Democratic presidential primary to Hillary Clinton, wrote in a Washington Post op-ed that “it is not good enough to save some of these jobs. Trump made a promise that he would save all of these jobs, and we cannot rest until an ironclad contract is signed to ensure that all of these workers are able to continue working in Indiana.”

Republican Representative Justin Amish of Michigan tweeted: “Not the president(elect)’s job. We live in a constitutional republic, not an autocracy. Business-specific meddling shouldn’t be normalized.”