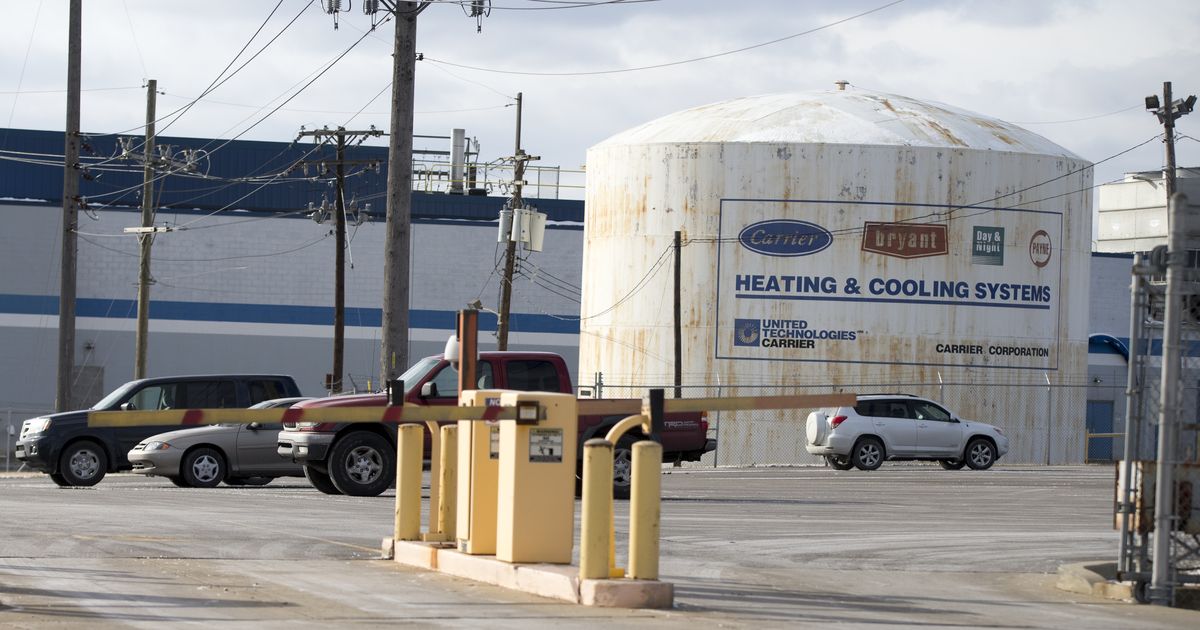 From the earliest days of his campaign, Donald J. Trump made keeping manufacturing jobs in the United States his signature economic issue, and the decision by Carrier, the big air-conditioner company, to move over 2,000 of them from Indiana to Mexico was a tailor-made talking point for him on the stump.

On Thursday, Mr. Trump and Mike Pence, Indiana’s governor and the vice president-elect, plan to appear at Carrier’s Indianapolis factory to announce a deal with the company to keep roughly 1,000 jobs in the state, according to officials with the transition team as well as Carrier.

Mr. Trump will be hard-pressed to alter the economic forces that have hammered the Rust Belt for decades, but forcing Carrier and its parent company, United Technologies, to reverse course is a powerful tactical strike that will hearten his followers even before he takes office.

“I’m ready for him to come,” said Robin Maynard, a 24-year veteran of Carrier who builds high-efficiency furnaces and earns almost $24 an hour. “Now I can put my daughter through college without having to look for another job.”

It also signals that Mr. Trump is a different kind of Republican, willing to take on big business, at least in individual cases.

Big day on Thursday for Indiana and the great workers of that wonderful state.We will keep our companies and jobs in the U.S. Thanks Carrier

And just as only a confirmed anti-Communist like Richard Nixon could go to China, so only a businessman like Mr. Trump could take on corporate America without being called a Bernie Sanders-style socialist. If Barack Obama had tried the same maneuver, he’d probably have drawn criticism for intervening in the free market.

In exchange for keeping the factory running in Indianapolis, Mr. Trump and Mr. Pence are expected to reiterate their campaign pledges to be friendlier to businesses by easing regulations and overhauling the corporate tax code, according to a spokeswoman for Mr. Trump.

The state of Indiana also plans to give economic incentives to Carrier as part of the deal to stay, according to local officials.

The message from Mr. Trump that captivated the Carrier workers — keeping manufacturing jobs in the United States after decades of losses to overseas factories and automation — resonated throughout the Rust Belt. That promise, plus his opposition to pacts like the North American Free Trade Agreement, were key reasons he was able to edge out Hillary Clinton in states like Pennsylvania, Michigan and Wisconsin.

We are pleased to have reached a deal with President-elect Trump & VP-elect Pence to keep close to 1,000 jobs in Indy. More details soon.

Political symbolism aside, saving 1,000 Carrier jobs doesn’t loom so large in an economy that’s created an average of 181,000 jobs a month this year, noted Jared Bernstein, a liberal economist who served as adviser in the Obama administration from 2009 to 2011.

Still, he confessed a grudging admiration for Mr. Trump’s political jujitsu. “If I weren’t so scared of the damage a Trump administration might do, I’d find it refreshing to see an administration fighting for factory jobs like this,” he said. “That said, no one should confuse what Trump is doing here with sustainable economic policy.”

Over the long term, and for less prominent firms, the temptation to move to cheaper locales for manufacturing will stay great, said Robert Reich, a prominent liberal Democrat who served as secretary of labor in the Clinton administration.

“Memories are short but the economic fundamentals remain the same,” he said. “Wall Street is breathing down companies’ necks to cut costs, and the labor savings in Mexico is too great.”

Mr. Trump first announced he was talking to Carrier on Thanksgiving Day via Twitter, which the company quickly confirmed. The discussions have continued this week, and with a tentative deal in hand on Tuesday, transition officials scheduled Mr. Trump’s and Mr. Pence’s visit to Indianapolis.

“I didn’t think it would be this quick,” Mr. Maynard said.

While the standoff loomed large in the lives of its employees in Indiana, for United Technologies the forgone savings is tiny — equivalent to about 2 cents per share in earnings.

“Every penny counts, but if we step back and I’m looking at earnings of $6.60 per share this year, 2 cents is an easy concession if the president-elect listens to some of the company’s bigger concerns,” said Howard Rubel, a senior equity analyst with Jefferies, an investment banking firm in New York.

When Carrier announced in February that the two Indiana factories would be closing, it did offer benefits to employees facing layoffs, including paying for them to go back to school and retrain for other careers. Even with that, however, once the layoffs were to begin in mid-2017, most of the workers would have had a hard time finding jobs that paid anywhere near the $20 to $25 an hour that veteran line workers earn.

Carrier is best known for its air-conditioners, but it also sells a variety of other heating and cooling equipment for homes and businesses, like the gas furnaces and fan coils for electric furnaces made at the Indianapolis factory. The jobs in Indiana Mr. Trump has referred to are in two separate sites — the Carrier plant in Indianapolis, with 1,400 employees, and a United Technologies factory in Huntington, Ind., with 700.

While Carrier will forfeit some $65 million a year in savings the move was supposed to generate, that’s a small price to pay to avoid the public relations damage from moving the jobs as well as a possible threat to United Technologies’ far-larger military contracting business.

Roughly 10 percent of United Technologies’ $56 billion in revenue comes from the federal government; the Pentagon is its single largest customer. With $4 billion in profit last year, the company has the flexibility to find the savings elsewhere.

Members of Congress have been pressing to punish big military contractors if they move jobs outside the United States.

Many industrial companies face intense pressure from Wall Street to increase profits, even when the economy grows slowly — a major reason United Technologies decided to move.

That won’t change after Mr. Trump takes office — especially when hourly pay in the Indianapolis plant is equivalent to what workers in Mexico make in a day.

“This is a spot solution,” said Mohan Tatikonda, a professor at the Kelley School of Business at Indiana University. “If it goes through it helps some Carrier employees for a period of time, but it doesn’t address the loss of manufacturing jobs to technological change, which will continue.”

Pure American Made Christmas: Creating Jobs While Shopping For The Holidays

Carrier Gets Tax Breaks, But Still Sending 1,300 Jobs To Mexico
Scroll to top