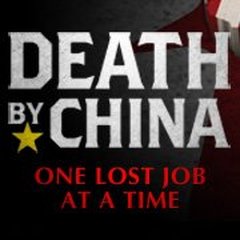 By PETER NAVARRO
“I personally do look at the labels of where things are made, but sometimes I go to buy things and it’s impossible to find something that isn’t made in China.” These words from U.S.-China Commission member Carolyn Bartholomew from my new documentary film “Death By China” aptly summarize a dilemma many American consumers find themselves in as they learn more about the economic, social, and moral costs of buying seemingly cheap “Made in China” products.
(A spokesman for the Consulate General of China in Los Angeles didn’t return a request for comment for this essay.)

Since China joined the World Trade Organization in 2001 and gained full access to American markets, the AFL-CIO claims that over 50,000 factories in America have disappeared along with more than 6 million manufacturing jobs. For these reasons, AFL-CIO President Richard Trumka in the film urges people who pick up a product Made in China to “think about your relative that just got laid off or the factory that just got shut down. Think about the school that is doing with less because the manufacturing base has gone and the tax base has left. Think about the lower income that you’re receiving now because we’re not making products, and we’re not buying our own products.”

And here’s something else former Canadian Minister of Parliament David Kilgour wants you to think about as you consider your next Made in China purchase: That product may well have been made by prison labor. To emphasize his point, Kilgour in the film relates this darkly comic and well-documented tale about Charles Lee, an American citizen arrested in China and detained in one of China’s forced labor camps for three years: “When Lee was finally released thanks to pressure from the American people, he came back to New Jersey, and he was in a store, and he saw these big [Homer Simpson] slippers that he’d made in the work camp.”

Beyond the issues of jobs and human rights, there is also the prodigious air, soil, and water pollution generated annually by China’s factory floor. In fact, a study conducted by the World Health Organization found that China now has 16 of the 20 most polluted cities in the world.

Perhaps most unsettling is the well-documented tendency of at least some unscrupulous entrepreneurs in China to alter their products with toxic ingredient substitutes as a means of cutting costs and boosting profits. Well-publicized scandals to date have included the spiking of both pet food and baby formula with deadly melamine and the blood thinner heparin with lethal oversulfated condroitin sulfate. We’ve also seen lead paint in toys, antifreeze in toothpaste, baby cribs with choking hazards, tainted drywall, the list goes on and on.

Given the chronic failure of America’s politicians to confront China on these issues, in my opinion, if more consumers would pause at the Made in China label, that would be all to the good. As Judith Samuelson suggests at the end of the film: “I think that at every level, people could boycott to some extent, and there would be a shot heard around the world.”

Peter Navarro is a business professor at the University of California-Irvine. He wrote, produced, and directed the documentary “Death By China.” For for more information go here.

Bangladesh Factory in Fire: WalMart & Disney Among ClientsABC World News with Diane Sawyer Invites Viewers to Have a “Great Made in...
Scroll to top
%d bloggers like this: