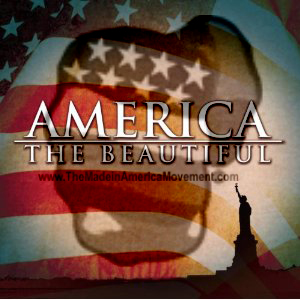 Washington’s epic battle over the “fiscal cliff” would be tragic if it weren’t so pathetic. It reminds me of a cartoon in which the duelling combatants hurl themselves off the precipice and keep fighting until they look down and go splat.
The Republicans and Democrats are desperately hoping that cartoon physics applies to them, too. So long as they deny reality, they won’t go splat – or so they hope. This week’s alleged “deal” simply postponed the inevitable day of reckoning. And it confirmed that the American people’s vast contempt for their legislators is richly deserved.

Is the U.S. finished? It’s awfully tempting to think so. Political dysfunction, crushing debt, a bad economy and a sinking middle class are not exactly signs of vigor. Two failed wars have dealt huge blows to its reputation and prestige. Not to mention the gun culture and the junk food and the [fill in your favorite example of American pathology here].

But if the U.S. were a stock, I’d buy it. Despite the gloomy news, its future is looking brighter than it has in years. One reason is the new energy revolution, a phenomenal reversal of fortune that nobody foresaw. The country is awash in cheap new supplies of unconventional oil and gas that are being unlocked with new technologies. This unexpected bonanza is rocket fuel for the economy.

It’s also creating millions of new jobs – not McJobs but the kind of well-paid industrial ones that are supposed to have disappeared forever. “These jobs include people working on rigs in Pennsylvania or North Dakota, manufacturing equipment in Ohio or Illinois, and providing information-technology services in California or legal services to royalty owners nationwide,” energy expert Daniel Yergin wrote in The Wall Street Journal.

The energy jobs of the future were supposed to be green. But it turns out they’re brown. In case you think that’s a bad thing, here’s good news: Greenhouse-gas emissions have plummeted as clean natural gas replaces dirty coal.

Cheap, reliable, abundant energy is helping to fuel another big trend – reshoring, the opposite of offshoring. The China advantage is disappearing fast, and the U.S. is on the verge of a manufacturing renaissance. A recent report by the Boston Consulting Group (Made in America, Again) concludes: “Within five years, rising Chinese wages, higher U.S. productivity, a weaker dollar, and other factors will virtually close the cost gap between the U.S. and China for many goods consumed in North America.”

Dozens of leading U.S. companies have already set up new operations back home. It’s even possible that your next computer will be made in America. Last month, Apple CEO Tim Cook said the company will start making one of its new computer lines in California. “There are skills associated with manufacturing which have left the U.S.,” he told NBC, and he wants to see “a concerted effort” to get them back.

Conventional wisdom says the sun is setting on America’s reign as the world’s only superpower. Maybe so. But this sun will be setting for a long, long time. U.S. economic and military power remain unparalleled. It has the most inventive, entrepreneurial and open culture the world has ever seen, with the greatest concentrations of research and brainpower. It has the ability to recruit the best talent from around the globe. Sure, it has problems. But who doesn’t  Would you rather put your bet on Europe? Or China, whose ruling class of kleptocrats and their spoiled Ferrari-driving offspring are facing a combustible mix of labor and peasant revolts on top of a demographic crisis? No thanks.

Last month, the U.S. National Intelligence Council painted a picture of the global mega-trends that will shape the world between now and 2030. These include food, resource and water shortages, and wrenching technological change. But the answer to the question “Is America finished?” is a resounding No. Although the U.S. will have to share the power, it will remain “first among equals” for years to come. “No other power would be likely to achieve the same panoply of power in this time frame under any plausible scenario.”

America is much more than the sum of its cartoonish politics – luckily for Americans, and for us.

SOURCE:  The Globe and Mail

US Tariff Bill To Cut Manufacturers' CostsThe Case For and Against ‘Made in the USA’
Scroll to top
%d bloggers like this: