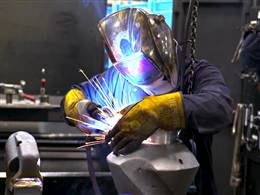 Mike Godfrey
Tax-News.com
January 3, 2013
Congressional leaders from the House of Representatives Ways and Means Committee have introduced, on a bipartisan basis, a bill to provide temporary import tariff relief and, thereby, lower the cost of manufacturing inputs and some finished products not made or available in the United States.
The legislation, the US Job Creation and Manufacturing Competitiveness bill, was introduced on January 1, and is sponsored by the Ways and Means Committee Chairman Dave Camp (R – Michigan), and co-sponsored by its Ranking Member Sander Levin (D – Michigan), Trade Subcommittee Chairman Kevin Brady (R – Texas), and Trade Subcommittee Ranking Member Jim McDermott (D – Washington).

The package includes provisions from more than 2,000 bills introduced in the House and Senate during the Miscellaneous Tariff Bill (MTB) process. By eliminating tariffs on selected items until December 31, 2015, it hopes to provide temporary tax relief “to help US manufacturers better compete, expand, and create jobs.”

The MTB is a bipartisan, bicameral process developed over nearly 30 years. On March 30, the Ways and Means Committee and the Senate Finance Committee simultaneously commenced the 112th Congress MTB process and invited Congressional members to introduce temporary miscellaneous tariff bills for consideration and inclusion in the MTB legislation.

It was required that each bill would be non-controversial. If a domestic manufacturer or member objected to a bill, it was eliminated. The bills were scored by the Congressional Budget Office (CBO) and were each required to cost under USD500,000 per year. As a consequence, nearly 170 House members and Senators submitted more than 2,000 single bills to be considered through the process, which were then compiled into a single MTB.

Commenting on the legislation Camp said: “This legislation reflects a transparent, bipartisan effort to lower costs for US manufacturers. The bill has broad support, and it has received extensive public comment.”

Levin added that “the MTB helps make US manufacturers more competitive in the global market by reducing input costs. This bill has undergone an extensive vetting process with input from the administration, the International Trade Commission and the public.”

Brady said that “suspending duties temporarily on products such as manufacturing inputs is an essential step in helping to make US manufacturers more competitive and creating US jobs,” while McDermott hoped that the “bipartisan action on this trade bill is a harbinger of things to come on the trade agenda in 2013.”

The National Association of Manufacturers has already pointed out that all existing duty suspensions on over 600 products expired on December 31, 2012. It said that “passage of a new MTB is vital to avoid the re-imposition of import taxes on manufacturing inputs unavailable in the US,” and that “without a new MTB, US manufacturers will have to pay new taxes on these essential inputs, further adding to the cost of manufacturing in America.”
SOURCE:  Tax-News.com

Promoting Made in U.S.A., But Very CarefullyIs There Any Hope For America? Absolutely!
Scroll to top
%d bloggers like this: