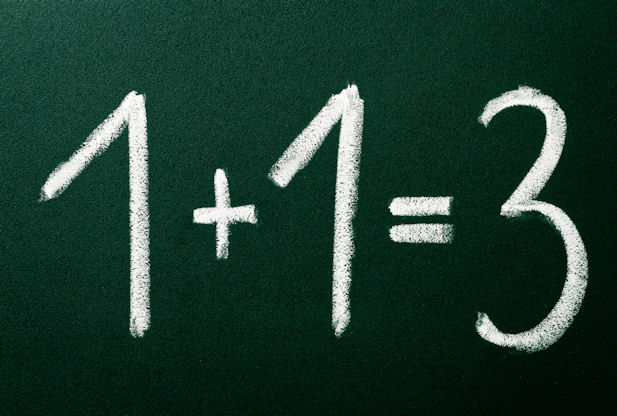 Written by: Lee Rannals
When it comes to texting and updating Facebook, our U.S. culture has an edge on all other societies, but mathematics is a different story altogether. A new research paper looked at how U.S. students fared in comparison to other nations, and found that our national math IQ is lacking.
n the study, U.S. college students were presented with a number line, ranging from -2 to 2, and were asked to pinpoint the location of 0.7 and 13/8. They found that just 21 percent of students answered the equation correctly.

When the students were asked whether a/5 or a/8 was greater, only 53 percent answered correctly. The authors believe that many of the participants could’ve been just guessing, since 36 percent were unable to explain why one was bigger.

The researchers said that since much of math education is just following formulas, students are incapable of tracking problems only slightly different than ones that they have encountered.

Once problem two is solved, the third becomes easier by simply multiplying the answer by two. However, 77 percent of the students never took advantage of those relationships, and simply did the multiplication for each problem.

The team believes the results suggest that U.S. students may be able to do a lot better in math if they can develop a basic conceptual understanding.

“This finding helps make sense of the community college students’ lack of conceptual understanding,” Nate Kornell wrote in “Everybody is Stupid Except You,” published in Psychology Today. “They have been taught in a way that deprives them of the chance to work through the concepts they are being taught. No wonder they see math as an exercise in memorization.”

“The concepts are learnable. On the other hand, teaching mathematical concept is deceptively difficult. Teachers need high quality training, and more research (and funding) is needed to make that happen,” Kornell concluded.

Join 171,570 other subscribers
Growing Demand for ‘Made in U.S.A.’ Apparel and TextilesWarehouse Workers Move To Name Walmart In Wage-Theft Lawsuit
Scroll to top
%d bloggers like this: