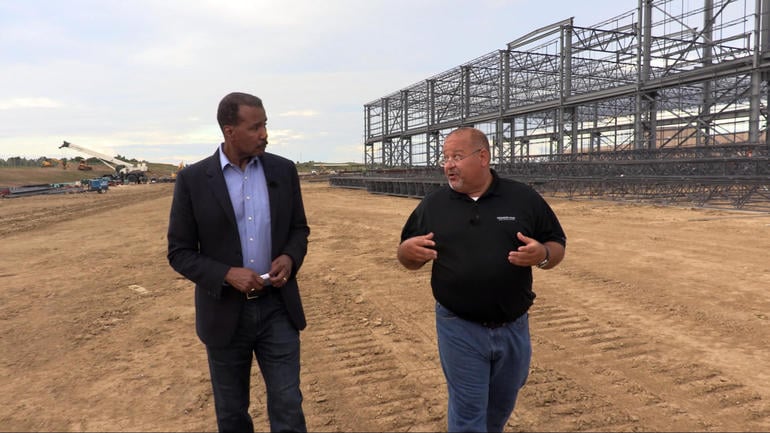 Joe Max Higgins is credited with generating about 6,000 manufacturing jobs in Mississippi ’s Golden Triangle, one of the poorest areas in the country. How’s he doing it?

The following script is from “The Golden Triangle,” which aired on Dec. 4, 2016. Bill Whitaker is the correspondent. Marc Lieberman and Michael Kaplan, producer.

In the last few decades, America has lost millions of factory jobs offshore. But you might be surprised to learn U.S. manufacturing is showing signs of coming back due to cheap energy, proximity to customers, and a rising cost of labor in China.

Nearly a million manufacturing jobs have been created since the Great Recession. About 350,000 are unfilled because factories can’t find properly trained American workers. The new plants demand more brain power than brawn.  It’s called advanced manufacturing and if you want to see what it looks like you need to go to a place off the beaten track: The Golden Triangle. That’s a bit of a misnomer because it’s one of the poorest regions in the poorest state: Mississippi.

If you have heard of the Golden Triangle, it might be because of this: Mississippi State football.  Around here, everybody loves the Bulldogs.  And “bulldog” is an apt description of the man who runs economic development for the area: Joe Max Higgins.  He considers job creation a full contact sport.

Joe Max Higgins: The only way we win any deal is to tear off everybody else’s face. We gotta kill everybody to win the deal.

Ferocity is a job requirement. During the recession, unemployment in some parts of the Triangle got as high as 20 percent.

Joe Max Higgins: We’re going to come up with a program.

At 6.0 percent, unemployment is now just above the national average and a lot of people here credit Joe Max Higgins. He has attracted $6 billion of advanced industry including this mill run by Steel Dynamics.  It’s one of the most hi-tech steel mills in the country.  He got this helicopter factory up and running. Truck maker PACCAR used to build engines only in Europe.  It opened its first U.S. plant in the Triangle.  Read the entire article here.

Workshop For Warriors: Rebuilding American Manufacturing One Veteran at a T...