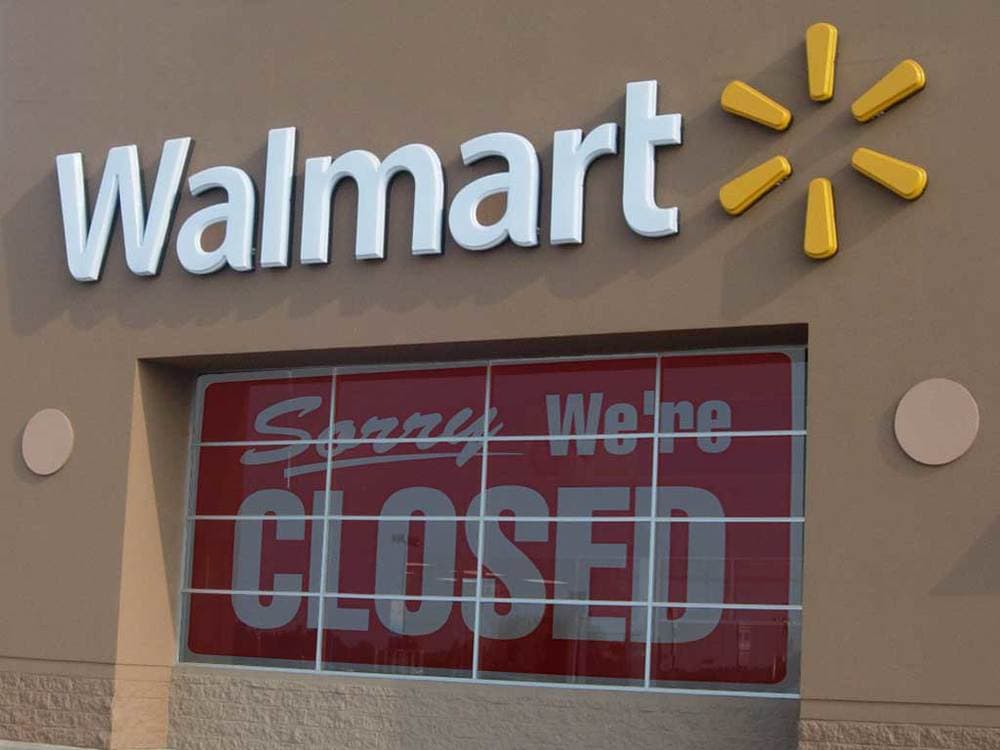 Walmart Stores Inc. plans to shutter 269 stores, the most in at least two decades, as it abandons its experimental small-format Express outlets and looks to streamline the chain.

The move by the largest private employer in the U.S. will affect about 10,000 jobs domestically at 154 locations, according to a statement Friday. Overseas, the effort will eliminate 6,000 jobs and includes the closing of 60 money-losing stores in Brazil, a country where Wal-Mart has struggled.

The plan will affect less than 1 percent of its total square footage and revenue, the company said.

Chief Executive Officer Doug McMillon took the step after reviewing the chain’s 11,600 stores, evaluating their financial performance and fit with its broader strategy. The move also marks the end of its pilot Wal-Mart Express program, a bid to create a network of small corner stores to compete with dollar-store chains and drugstores. Wal-Mart will continue its larger-size Neighborhood Markets effort, though 23 poor-performing stores in that chain also will be closed. The company is still expanding its footprint in the U.S., adding 69 new stores and 6,000 jobs in January alone.

“We invested considerable time assessing our stores and clubs and don’t take this lightly,” McMillon said. “We are supporting those impacted with extra pay and support, and we will take all appropriate steps to ensure they are treated well.”

Walmart shares fell 1.8 percent to $61.93 in New York as the broader market tumbled. They have lost 29 percent of their value over the past 12 months, dragged down by slow growth and profit declines.

Some investors may be disappointed that the cuts aren’t deeper, said Brian Yarbrough, an analyst with Edward Jones. “I don’t think this is enough to move the needle,” he said. “I think they need to exit some markets totally and close a lot more than they are closing.” The shutdowns will reduce earnings from continuing operations by about 20 cents to 22 cents a share, the Bentonville, Arkansas-based company said, with as much as 20 cents of that coming in the fourth quarter.

Twelve of its massive supercenter stores, which employ an average of about 300 people, will be shuttered. Most of the closings will occur by the end of the month. Last year, Walmart shut three supercenters.

The closing of the smaller-format stores signals a retreat for Walmart from one of its main efforts to try to boost slowing U.S. sales. When the company introduced the stores in 2011, the aim was to attract shoppers who didn’t want the hassle of going to a sprawling supercenter to pick up a carton of milk after work. Other retailers, including Target Corp., have also been making a push into smaller stores.

The experiment seemed to be working. As recently as 2014, Walmart announced plans to open an additional 90 Express stores and touted their “solid” sales growth. But the company said today it was planning instead to focus on the mid-sized Neighborhood Markets, which are about the size of a grocery store, and its supercenters, which sell everything from avocados to windshield wipers.

The closings are good news for dollar store chains, which had the most to lose from Walmart expanding its small format, said Yarbrough.

Walmart will give employees the chance to relocate to nearby stores. It also will provide 60 days of pay and one week of severance for each year with the company. Walmart has 1.4 million employees in the U.S. and 800,000 abroad.

McMillon had signaled to investors that he was considering closing some stores during the company’s investor meeting in October. Still, the move doesn’t mean Walmart is reducing its overall U.S. stores, the retailer said on Friday. It plans to open 50 to 60 Walmart supercenters in the U.S. this year and 85 to 95 neighborhood markets, which are about the size of a typical grocery store. That is a slightly slower pace of growth than the 115 it added in 2014.

Walmart has come under increased pressure to cut costs after giving a gloomy profit forecast for the next fiscal year. Earnings are expected to decrease 6 percent to 12 percent in the year ending January 2017. Sales haven’t been growing fast enough to offset the billions of dollars that Walmart is spending on higher wages for its workers and improvements to its website.

Schumer to Feds: Incorrect Use of ‘Made in America’ Label Hurting...

Walmart: It Came, It Conquered, Now It’s Packing Up and Leaving
Scroll to top