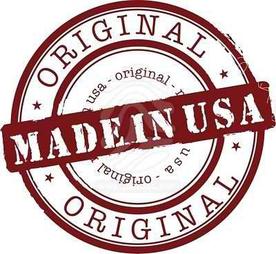 “We want all of our associates to find the career opportunities they want with Walmart,” said Simon. “We will make sure part-time associates have full visibility into full-time job openings in their stores and nearby stores, and that they always have first shot at those jobs. We will also bring more transparency to our scheduling system so part-time workers can choose more hours for themselves.”

On domestic sourcing, Walmart and Sam’s Club will buy an additional $50 billion in U.S. products over the next 10 years. The company will grow U.S. manufacturing on two fronts: by increasing what it already buys here – in categories like sporting goods, apparel basics, storage products, games, and paper products, and by helping to onshore U.S. production in high potential areas like textiles, furniture and higher-end appliances.

“At the heart of our national political conversation today is one issue: creating jobs to grow the economy,” said Simon. “We are meeting with our suppliers on domestic manufacturing and are making a strong commitment to move this forward.”

A popular misconception about Walmart is where the majority of the products on its shelves are sourced.  According to data from its suppliers, items that are made here, sourced here, or grown here account for about two-thirds of what the company spends to buy products at Walmart U.S. The company sees room to do more.

To help achieve this commitment, Walmart has created a senior team within the company to lead this effort and it will sign longer term purchase agreements to give suppliers more certainty.

“We can do so much more by working in partnership – as an industry and with governments,” said Simon. “I’ve talked with a number of governors, including the incoming chair of the National Governors Association, Oklahoma Governor Mary Fallin, about how governors and retailers and manufacturers can drive this issue together. Governors from both sides of the aisle are enthusiastic about getting their constituents back to work.”

This summer, Walmart will help convene a manufacturing summit for stakeholders to work together and help accelerate these changes.

Beginning Memorial Day, Walmart will offer a job to any honorably discharged veterans in his or her first 12 months off active duty. Most of these jobs will be in Walmart stores and clubs, and some will be in distribution centers and the Home Office.

“Hiring a veteran can be one of the best business decisions you make,” said Simon. “Veterans have a record of performance under pressure. They’re quick learners and team players. They are leaders with discipline, training, and a passion for service. There is a seriousness and sense of purpose that the military instills, and we need it today more than ever.”

Walmart’s pledge is not the end of this effort; it’s the beginning. The company projects it will hire more than 100,000 veterans during the next five years.

“We believe Walmart is already the largest private employer of veterans in the country, and we want to hire more,” added Simon. “I can think of no better group to lead in revitalizing our economy than those who have served in uniform. Through their service, veterans give us a land of freedom. When they return, it must be to a land of possibility.”

Walmart has spoken with the White House about this commitment. The First Lady’s team immediately expressed an interest in working with Walmart and with the entire business community to join forces to build upon this commitment. In the next several weeks, the White House will convene the Department of Veterans Affairs, Department of Defense, and major American employers to encourage businesses to make significant commitments to train and employ America’s returning heroes.

“This is exactly the kind of act we hoped would be possible when we started Joining Forces – a concrete example of our nation’s love and support that our troops, veterans, and their families can feel in their lives every day,” said First Lady Michelle Obama. “As our wars come to an end and our troops continue to come home, it’s more important than ever that all of us – not just government, but our businesses and nonprofits as well – do our part to serve those who have served us so bravely.  So today, my challenge is simple: for every business in America to follow Walmart’s lead by finding innovative solutions that both make sense for their workplaces and make a difference for our veterans and their families.  Given what we’ve seen from Walmart and so many other companies over the past two years, we know that they will.”

Simon also called on the retail industry to work together to provide greater career opportunities for veterans.

“Imagine what retail could do together,” said Simon. “We could leave an incredible legacy as an industry. We can be the ones who step up for our heroes. And we can do this now.”

“If Walmart’s ‘Made in America’ announcement is real, it’s a game changer. No company drives retailing trends like Walmart. I salute Walmart for stating this commitment and hope other retailers follow suit in sourcing more high-quality products that are made in America.

“However, this is hardly a revolutionary move when you look at Walmart’s business model and overall sales volume.  The company is simply responding to economics.  Consumers want more made-in-USA choices, and smart observers recognize that this can be a profitable approach.

“Ideally, Walmart’s and Sam’s Club’s pledge of increased domestic sourcing will include higher-ticket items like appliances and apparel, and not simply more of the current paper goods and vegetables that are made in the U.S.

“We certainly understand the ‘Walmart Effect’ and know that no move the company makes will leave others untouched. We hope this is a move that they truly implement, and with net positive effects.”

Walmart’s pledge would mean sourcing an additional $5 billion per year in American-made goods. To help put that into perspective, here are some interesting stats: (Thank you The Alliance for American Manufacturing for this information)