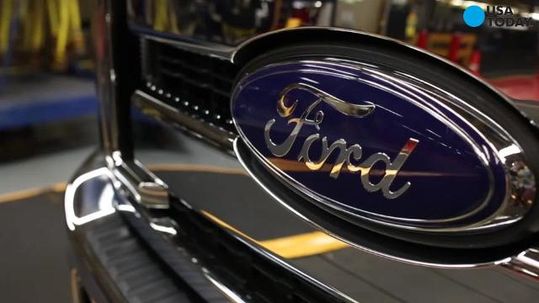 Ford Motor announced Tuesday that it would cancel plans for a $1.6 billion Mexico plant and launch a Michigan expansion in a move that may be viewed as a capitulation to Donald Trump.

“Make no mistake about it — Ford is a global automaker but our home is right here in the United States,” Fields said at a press conference.

The move marks a sharp reversal for Ford, which has defended its production in Mexico even as Trump has assailed the company for expanding there.

“This is a vote of confidence for President-elect Trump and some of the policies he may be pursuing,” Fields said.

To be sure, Ford acknowledged that it would still move production of the next-generation Focus sedan to Mexico, as previously announced. But it will be built at an existing plant in Hermosillo, Mexico, not at a new facility.

Others will view the move as a bid to satisfy Trump, who has cited the Mexico expansion as a key example of how the North American Free Trade Agreement has weakened American manufacturing.

“Automakers are facing a situation where they have to consider the political consequences” of all their decisions, AutoTrader analyst Michelle Krebs said.

Ford’s expansion will convert 700 temporary positions at the Michigan plant into permanent positions, adding to an existing hourly staff of about 3,600. Fields said the automaker will add about 200 jobs at its plant in Hermosillo, Mexico, to make the Focus but did not say how much it would invest.

The Michigan expansion plans are part of a broader $4.5 billion investment in electric vehicles and hybrids, including 13 new models over the next five years.

Those vehicles include a small, electric sport-utility vehicle with 300 miles of battery range, which will be exported overseas, and a “high-volume autonomous vehicle designed for commercial ride-hailing or ride-sharing,” Ford said in a statement.

The company will also manufacture a hybrid version of the F-150 pickup truck by 2020 at the Dearborn, Mich., plant, where the F-series lineup is currently manufactured.

The Power of a Small Factory: Emerging Weapons in Fight Against Poverty