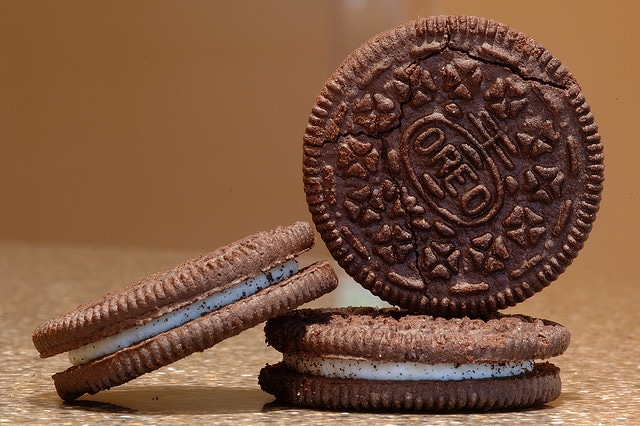 I may have to give up one of my longest-standing indulgences: the dunking of an Oreo cookie in cold milk (whole is preferred). I don’t do this lightly, as I have been dunking those deliciously wicked rounds of chocolate and what I choose to believe is cream since I’ve been three.

Why give them up? Because this week, Irene Rosenfeld, the head of Mondolez (the food conglomerate based in Illinois that has Nabisco in its portfolio), a woman touted for breaking the glass ceiling upon becoming the head of Kraft Foods and then its spin off, announced that rather than invest $130 million in modernizing the plant in Chicago, where Oreos have been lovingly produced for the past 100 years, she will instead move the jobs to a new factory in Mexico. The result: a loss of 600 well-paying and community-sustaining jobs on Chicago’s Southwest Side.

Is giving up Oreos a foolish and futile gesture? Of course, I know that other Chicago-born companies have made similar moves. I, like many Chicagoans felt a loss when Frango Mints were no longer hand made on the top floor of Marshall Field’s—and felt worse when Marshall Field’s ceased to exist at all. I was saddened when Klaus Suchard chose to take Brach candy production from Chicago, and in so doing ended Chicago’s title as candy capital of the world. I even regretted the loss of the city’s steel mills and stockyards, despite the cleaner air that their exodus brought.

Read more: In These Times

Nabisco to Cut Chicago jobs, Send Some Work to Mexico