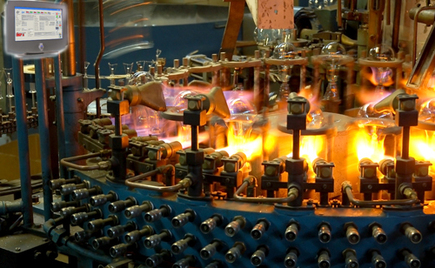 Those Manufacturing Jobs Aren’t Coming Back You Know

Tim Worstall, Contributor
I write about business and technology.
Every country has them, those who say that the only thing wrong is that there aren’t enough people making enough things that can be dropped on feet. That everything would be better if we could just have more of those good old manufacturing jobs.

That those who use this argument would be horrified to find themselves on an assembly line for $12-$14 an hour (which is what electronics manufacturing currently pays in the US for those thinking that Apple should bring everything back from Foxconn) doesn’t seem to change their support for trying to make other people do it.

However, there’s a really serious and important to be made here. Manufacturing is going the way of agriculture, it is simply shrinking as a part of our economy. Not just the US economy, but the UK, China’s and yes, even as part of the global economy. Just as there’s a limit to the amount of food that we need and thus the number of people we need to produce it so there is a limit to the number of manufactured items we desire and thus to the proportion of our economic effort we’re willing to put towards getting them.

As this very interesting graph points out: 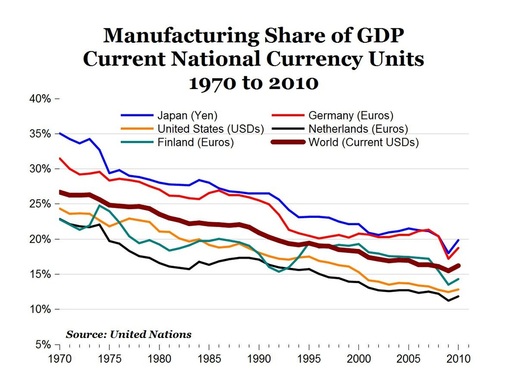 We’re just not going to go back to when we used 25% of our efforts to manufacture things just as the world economy itself isn’t. Which also of course means that all of those manufacturing jobs aren’t going to come back either. We just don’t need as many people making “things” as we did simply because things are a less important part of our economies now.

More Manufacturing Work Returns to U.S. ShoresAnn Arbor Firm Constructing Homes with Products Made in America
Scroll to top
%d bloggers like this: