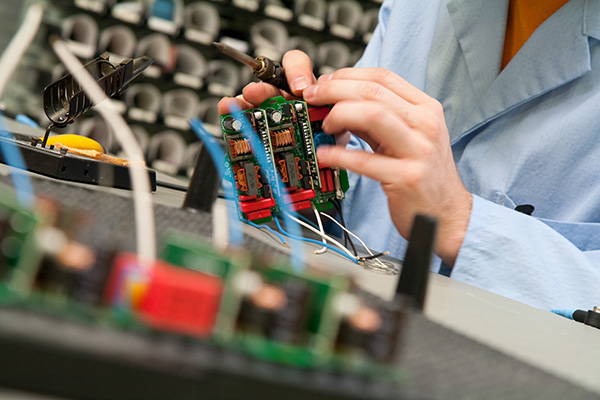 Ted Samson
Companies are moving manufacturing closer to high-tech hubs to better protect intellectual property, serve customers
For the first time in more than a decade, technology manufacturing jobs are on the rise in the United States, according to new research from Jones Lang LaSalle. The jobs aren’t surging back, per se; the research company predicts job growth at a rate of around 0.7 percent through 2018, up from around 1.1 million jobs at the end of 2012. Cities with a large concentration of highly educated tech workers — such as Silicon Valley and Austin, Texas — will see the greatest influx of manufacturing jobs. 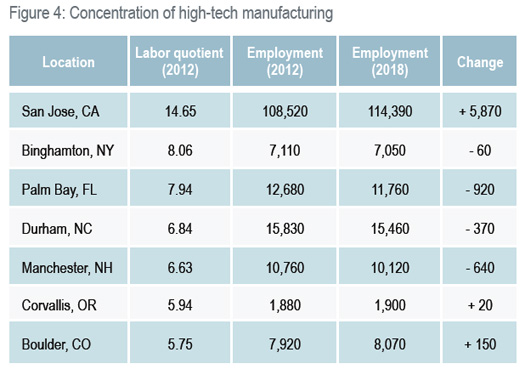 To start, offshoring isn’t as cheap as it used to be. For example, wages of around 60 cents an hour during the height of the technological migration to Asia have risen to as high as $6 per hour in China’s eastern manufacturing centers, according to JLL. Increasing oil prices also play a role.

Second, as tech companies see increasing global competition, they need to protect their intellectual capital in new product manufacturing, and keeping production of new products within the United States makes it easier.

“This regionalization of high-tech manufacturing is characterized by the creation of jobs requiring strong technological skills — think engineers on production lines — as opposed to reshoring where similar job functions are imported back to the United States from overseas,” said Greg Matter, vice president at Jones Lang LaSalle. “Having access to this talent is one of the reasons that manufacturing facilities for technology firms are often located in tier-one locations where labor and real estate are generally more expensive.”

This article, “Why tech manufacturing jobs are coming back to America,” was originally published at InfoWorld.com. Get the first word on what the important tech news really means with the InfoWorld Tech Watch blog. For the latest business technology news, follow InfoWorld.com on Twitter.

This Is The Way Blue-Collar America Ends Norton's U.S.A. Celebrates 6 Years of Made in USA
Scroll to top