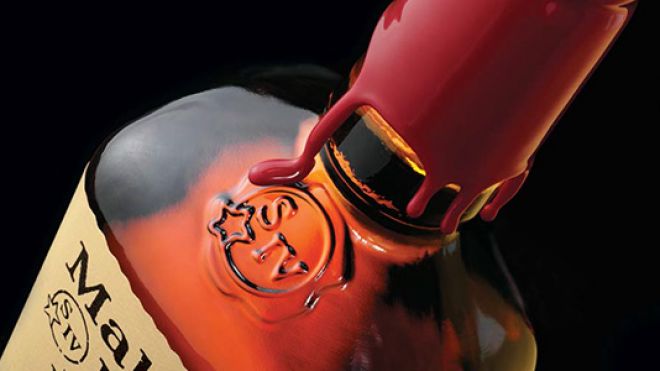 In the first big buyout of 2014, iconic U.S. spirits maker Beam unveiled an agreement on Monday to be acquired by Japanese alcohol company Suntory for about $13.6 billion.
The transaction hands Suntory control of a slew of big-name brands, including bourbons Jim Beam,  Maker’s Mark, Knob Creek, Courvoisier cognac and Sauza tequila. Tokyo-based Suntory agreed to pay $83.50 per share in cash for Beam, representing a 24.7% premium on Beam’s Friday close of $66.97. The deal also values Beam at more than 20 times its earnings before interest, taxes, depreciation and amortization, or Ebitda, for the 12-month period ending September 30, 2013. “I believe this combination will create a spirits business with a product portfolio unmatched throughout the world and allow us to achieve further global growth,” Suntory Chairman Nobutada Saji said in a statement. Jim Beam and other brands will join Suntory’s own products, which include Japanese whiskies Yamazaki, Hakushu, Hibiki and Midori liqueur. The combined company will be No. 3 in global premium spirits. “With particular strength in Bourbon, Scotch, Canadian, Irish and Japanese whisky, the combined company will have unparalleled expertise and portfolio breadth in premium whisky, which is driving the fastest growth in Western spirits,” Shattock said. Including Beam debt that Suntory is assuming, the price tag on the transaction rises to $16 billion. The companies already had a relationship, with Suntory distributing Beam products in Japan and Beam distributing Suntory’s products in Singapore and other Asian markets. Beam used to be part of Fortune Brands, the conglomerate that hedge fund giant Bill Ackman pushed to break up several years ago. Sprits giant Diageo and France’s Pernod Ricard have previously been mentioned as possible suitors for Beam. Investors may be betting a higher offer emerges as shares of Beam soared 25.71% to $84.19 in premarket trading Monday morning, surpassing the $83.50 offer price. Suntory plans to pay for the acquisition through a combination of cash on hand at fully committed financing from The Bank of Tokyo-Mitsubishi UFJ. The companies said Beam will continue to be led by CEO Matt Shattock and the current management team, which will remain at the company’s headquarters in Deerfield, Ill. Mitsubishi UFJ Morgan Stanley advised Suntory on the deal, while Centerview Partners and Credit Suisse served as Beam’s bankers. Japan’s Suntory Gulps Down U.S. Spirits Maker Beam.
SOURCE:  Fox Business News

Violence Erupts in Cambodia as Labor Dispute Intensifies Have You Heard of the TPP Yet? An Important Trade Agreement You Need to Know...
Scroll to top