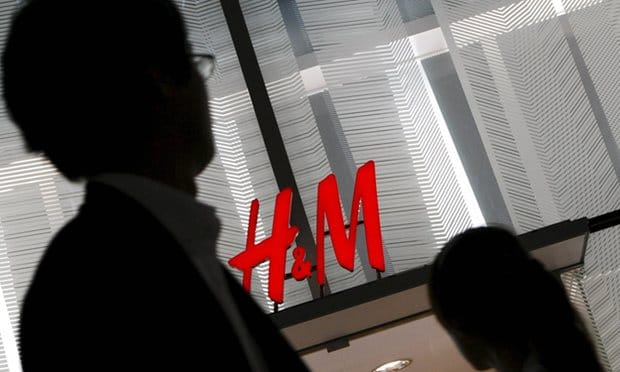 Swedish fashion chain H&M worked with clothing factories in Myanmar where children as young as 14 toiled for more than 12 hours a day, according to a book being published in Sweden next week.

“They employed anyone who wanted to work,” Zu Zu, one of the girls who started work aged 14, told the authors of Modeslavar, or Fashion Slaves in English.

Writers Moa Kärnstrand and Tobias Andersson Akerblom met with 15-year-old workers (girls) who were working until 10pm in breach of Myanmar’s laws and the international labour convention. The girls were working for two factories, Myanmar Century Liaoyuan Knitted Wear and Myanmar Garment Wedge, both near the capital, Yangon.

H&M said it had taken action with both factories over ID-cards and overtime after being made aware that a group of 14- to 17-year-old workers had been working long hours since 2013.

RELATED: Click here for the top 4 reasons buying Made in USA has a bigger impact than you know.

However, it said in a statement: “When 14– to 18-year-olds are working it is therefore not a case of child labor, according to international labour laws. ILO instead stresses the importance of not excluding this age group from work in Myanmar. H&M does of course not tolerate child labor in any form.”

The revelations raise new fears about conditions in Myanmar, formerly known as Burma, where British retailers including Marks & Spencer, Tesco, Primark and New Look who have joined H&M, C&A, Aldi and Gap in recent years.

Erinch Sahan, from Oxfam, which carried out research into working conditions in Myanmar factories last year, said the charity had not looked into child labor but had found a high prevalence of forced overtime and low pay unto the workers.

“I am not hugely surprised these problems are happening given the scale of disempowerment of workers in Myanmar,” Sahan said.

All of the British retailers contacted by the Guardian said they had policies in place which banned their suppliers from using child labor – classed as 14 in developing countries under International Labor Organisation (ILO) recommendations, although it says children aged 13 to 15 may do light work, as long as it does not threaten their health and safety, or hinder their education.

Marks & Spencer, which works with three factories in Myanmar, said its suppliers were only allowed to employ workers over-18. New Look and Primark said workers in its factories had to be over 16, and all this was checked through regular visits and other measures. They all said they did not use the factories highlighted by Modeslaver. Tesco said only that it did not allow child labor.

H&M said: “It is of utmost importance to us that our products are made under good working conditions and with consideration to safety, health and the environment. We have therefore taken action regarding two suppliers in Myanmar which have had problems with ID-cards and overtime.”

The retailer added that the revelation that teenagers had been working long hours at its suppliers’ factories violating international recommendations and local rules was “unacceptable”.

“Any overtime must be in accordance with legislation as well as our own demands, this is particularly important when it comes to the age group 14-18. If a supplier doesn’t live up to our standards or national legislation we – in accordance with our routines – demand that the supplier immediately establishes an action plan, which has been done also in this case. One of the measures concerning the two suppliers in question is improved recruitment routines, which has resulted in improved handling of ID-cards,” the H&M said.

Myanmar Century Liaoyuan Knitted Wear and Myanmar Garment Wedge did not respond to requests for comment.