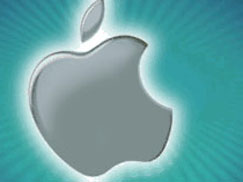 Conventional wisdom is an ass.

Matt Burns at TechCrunch reports that the backs of some new ultrathin iMacs identify the machines as assembled in the United States. Apple has yet to comment on the findings, but there’s no denying the cost of labor in China is soaring.

Business Insider just published a graph that shows hourly manufacturing costs in China are up 23 percent this year compared to last year, and The Economist quotes an American contract manufacturing expert in China as saying, “Labor costs have surged by 20 percent a year for the past four years.” In fact, the price of labor is increasing so quickly that many Chinese firms are experimenting with production facilities outside of China to take advantage of lower labor costs.

Michael Kan at PC World reported in February, “For workers in Shenzhen, a major manufacturing base for Foxconn, the increase raises monthly salaries to between 2200 yuan ($350) and 2500 yuan.” (Foxconn, based in Taiwan, is the largest electronics assembly company in the world, with a client list that includes Apple, Microsoft, HP, Nokia, Sony, and many other household names.) Extrapolating at the current rate, by early next year a typical Foxconn worker in Shenzhen, China, will be making $420 a month or more. Granted that’s substantially less than a typical worker in the West, but the gap’s narrowing quickly. Transportation costs are rising. Long supply chains mean stores run out of stock more readily. Manufacturing in the United States has a host of advantages, not all of which are economic.

If the iMac was truly assembled in the United States — and FTC rules are strict about making that claim — it begs the question, where? TechCrunch cites a 50 percent workforce increase at the Apple campus in Elk Grove, just south of Sacramento, Calif., as being the possible location of a secret Apple assembly plant.

Google’s ill-fated Nexus Q, the wireless home media player that couldn’t quite decide what it should do, was manufactured in Silicon Valley. The Huffington Post quotes a Google senior director as saying, “We wanted to innovate fast… We wanted to see if we could do fast [design iterations] rather than having our engineers fly across the world.”

The TechCrunch article concludes that “there has to be a way to show Apple that Americans prefer computers assembled by Americans.”

What they forgot to mention is that people outside America frequently prefer devices assembled in the United States. “Made in the USA” is a strong drawing card, worldwide. Perhaps the world is changing once again.
SOURCE:  Info World

Join 171,570 other subscribers
The New iMac: Designed By Apple In California, Assembled In USAEducation and an Economic Future for America are Linked Together
Scroll to top
%d bloggers like this: