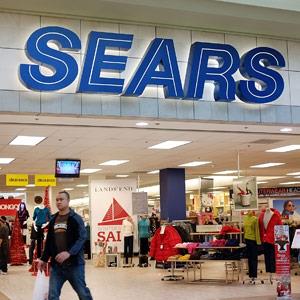 Jonathan Berr
A lawsuit says the company wrongly claimed its tools were made in America. A California judge refuses to certify class-action status, but plaintiffs say they will appeal.
Sears Holdings (SHLD -1.77%) says its Craftsman line is America’s most trusted tool brand. But are those tools even made in America?

That issue is at the forefront of a claim that the company snookered consumers into believing that its famous Craftsman tools were made in the U.S. Sears has beaten back the lawsuit for now, but the battle appears to be far from over.

A California judge rejected an effort late last month to certify the suit as a class action. In his 42-page decision, Los Angeles County Superior Court Judge Anthony Mohr argued that there were “serious problems” with the case and that it would be a “nightmare” to manage because there are 40 million potential class members, according to the National Law Journal.

Sears, which registered the Craftsman trademark in 1921, cheered the decision. But Barbara Hart, the attorney representing the plaintiffs, said the ruling will be appealed. In an interview with MSN Money, Hart said that her clients will seek certification under a narrower class definition.

“We are pleased with the court’s ruling but as the matter is still pending, we decline to comment further,” Sears spokesman Larry Costello wrote in an email.

Costello declined to say how many Craftsman tools were made in the U.S. and Hart, who filed suit against the retailer in 2004, isn’t sure either. After the suit was filed, Sears took Craftsman tools off the shelves and blacked out the words “Made in America,” she said.

Sears will not share records about where its Craftsman tools are made, but Hart said the company utilizes more than 130 Chinese manufacturers for the Craftsman line.

Craftsman has been one of the few bright spots for Sears in recent years as the retailer has  struggled to compete against larger rivals such as Wal-Mart and Target. The stock has slumped more than 20% in the past year. Sears not a bargain for investors, trading at more than double its average 52-week price target of $17.83.

According to a recent report in the New York Times, the “Made in the USA” label has grown in popularity because it is a “signifier of old-school craftsmanship.” It’s also hard to find in today’s global economy. The U.S. trade deficit with China alone is about $232 billion.

The Made in America Movement