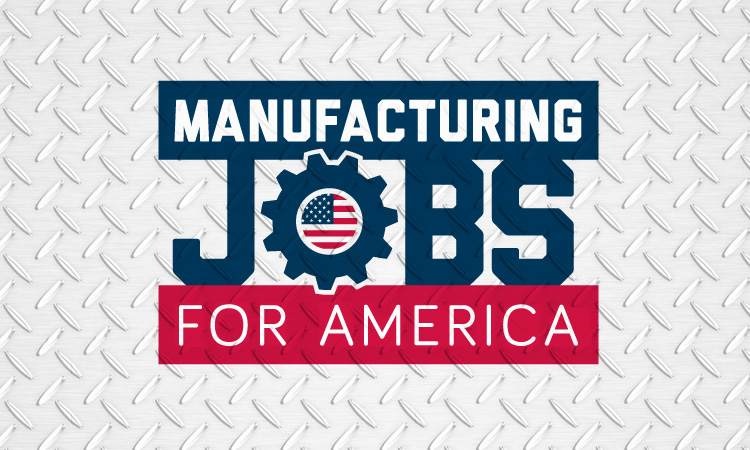 In late 2013, U.S. Senator Chris Coons (D-Del.) announced the creation of the “Manufacturing Jobs for America” initiative, which aims to “train Washington’s focus on manufacturing jobs.”
The initiative, with 22 backers in the Senate, all Democrats, wants to bring new legislation to Congress and the President that will help American manufacturers grow and hire new employees, while also assisting in training a workforce capable of working those jobs. The 40 bills already associated with the initiative focus on four “organizing principles”:

In a statement, Senator Coons said: “Washington needs to refocus on manufacturing jobs, which pay better and contribute more to our economy than new jobs in other sectors. This campaign is designed to help manufacturing-jobs legislation that can make a real difference in our communities earn the bipartisan support needed to become law. There are too many Americans still looking for work for Congress to continue to waste time lurching from crisis to crisis. Manufacturing can power our economic recovery, but Congress needs to do its part to see that potential realized.”

When it comes to Congressional initiatives, this one seems fairly strong. It has support from some of the biggest industry organizations, including the National Association of Manufacturers, the National Tool & Machining Association, the National Skills Council and the Association for Manufacturing Technology. Big industrial players are also showing their support — Dow, DuPont, Ford, General Electric and others are mentioned on the initiative’s site. Even unions are onboard, with the AFL-CIO, United Autoworkers and United Steelworkers showing support.

With all these important organizations, companies and unions involved, this initiative should be able to implement its suggested chances fairly easily, one would assume. But amid a time marked by congressional derision, it seems difficult — if not impossible — to pull off all the legislative changes listed on the initiative’s site.

Of those legislative proposals, some are more far-reaching than others. Let’s break them down a bit according to the four principles outlined by the initiative. For the time being, we’re going to focus solely on the bills that have been introduced into Congress, which represents only a portion of what the initiative aims to implement.

These bills are meant to strengthen the American workforce, or make it easier for people to attend the kinds of schools that offer the kind of education they’ll need in future markets. The aim is that by encouraging more people to get technical- or engineering-based educations, they’ll be well-suited to work in the kind of high-tech manufacturing that every politician wants located in their district.

Sen. Al Franken’s Community College to Career Fund (S. 1269) would amend the Workforce Development Act of 1998 to establish an $8 billion fund that would offer grants to a variety of institutions based on the need to better facilitate the transition from educational training to a new career in the workforce.

The BUILD Career and Technical Education Act of 2013 (S. 1293) proposes two-year grants for local educational agencies to improve education and career programs focused on middle and high school students, while the Women and Minorities in STEM Booster Act of 2013 (S. 288) aims to establish a National Science Foundation grant program to promote women and minorities pursuing jobs in STEM-based industries.

The initiative wants to make exporting products to other countries fairer and more economically viable, which means easing regulatory restrictions and combating currency manipulation. The Currency Exchange Rate Oversight Reform Act (S. 1114) aims to do exactly that, by directing the Secretary of the Treasury to analyze market developments on a biannual basis, review the monetary policies of major trading parties and then report on countries that are “misaligned.” This would also allow the Secretary to combat these manipulations via numerous means.

This is one of the bills that seems most likely to actually work its way through Congress — no one likes a currency manipulator, and the groundwork, in terms of keeping the industry apprised of who is doing the manipulation, has already been laid. This bill is also one of the few within the initiative’s realm that has bipartisan support via five Republican and two Independent co-sponsors, along with the 11 democrats.

The Small Business Export Growth Act (S. 1179) aims to improve the coordination between export promotion programs — in theory, this would help smaller businesses more easily find ways to bring their products to a global marketplace. In addition, it would create a new interagency task force focused on small business export financing.

Many manufacturers know all-too-well the difficulty in securing financing for equipment investments or expansions, particularly in the years right after the Great Recession. A major component of Coons’ initiative is to introduce legislation that will not only make financing easier to acquire, but also give more options to companies who “insource” or “re-shore” assets to the U.S.

The Manufacturing Reinvestment Account Act (S. 1651) would help manufacturers establish a manufacturing reinvestment account (MRA) in a community bank — up to $500,000 pre-tax dollars a year. These funds would be effectively taxed at a low 15 percent rate and would be used to purchase equipment or for job training.

One that might be appealing to energy-conscious manufacturers is the Job Creation through Energy Efficient Manufacturing Act (S. 1501), which would authorize $250 million in funding to a Financing Energy Efficient Manufacturing Program at the U.S. Department of Energy. Manufacturers interested in new or expanded industrial energy efficiency programs could receive financing via low-cost loans to help cover the up-front costs of these projects.

A bill with a higher share of bipartisan support is the Startup Innovation Credit Act (S. 193), which would allow new manufacturers claim their R&D tax credit against their employment taxes, which creates the cash flow necessary to grow. Right now, these young companies are shut out of
th
e credits, even though they create the most jobs. This bill has been referred to the Senate Finance Committee, but given the overall support for startups in recent years due to Silicon Valley, for one, it seems like a good bet for eventual passage.

Many agree that adopting a singular manufacturing policy, at the federal level, is a useful place to begin notable change in the way its lawmakers make the environment more suited to growth. The Rebuild American Manufacturing Act (S. 544) would force the President to establish a national manufacturing strategy every two years and submit it to Congress.

And while that might be a good start, the initiative has some other ideas as well, and this is the section where some of the most forward-thinking proposals have ended up. The American Jobs Matter Act (S. 1246) would require the Department of Defense to measure domestic employment as factor in rewarding a defense contract. This would, in theory, allow American manufacturers to leverage in bids their commitment to the U.S. economy by showcasing the jobs they’ve already created, along with the jobs to be created if the contract is won. The Senate Armed Services Committee is currently looking at this bill.

Finally, the Made in America Manufacturing Act (S. 63) proposes a program that awards states and regions with funding to support local manufacturers via low-interest loans. These would be used to build new facilities or upgrade equipment. The states/regions could also use the money to assist small manufacturers, for example, in connecting with larger partners, or to establish educational programs that partner businesses with skills providers to prepare people for the types of manufacturing jobs found locally.

Many of these legislative changes appear to be steps in the right direction, but there’s a few matter of note. One is that above, we’ve only covered legislation that has actually been introduced — roughly have of the bills Coons’ initiative wants to pass are still being written, which means months, if not years, before they come to any critical votes, much less the President’s signature.

The lack of bipartisanship is troublesome as well. The initial announcement listed only Democratic members of Congress, and they have not added any Republicans or Independents to their ranks. A few of the bills have co-sponsors from the Republican party, and I’ve identified a few of those, but for the most part, there isn’t much bipartisanship in the initiative that is supposed to spur just that. And until the initiative can manage that, I don’t see much success here.

I also know many manufacturers would see some of these bills take a different focus. There is much talk in Congress about deploying new innovation centers, or multi-million dollar efforts to improve worker training, and those are great, but many companies simply want their tax burdens decreased, or various bits of red tape efficiently cut from how they deal with the government. In many cases, these kinds of changes would be more immediately beneficial to manufacturers, and would allow them to expand and hire new people. Many would argue that before we start working on bills that would better enable the workforce to take high-tech manufacturing jobs, we need to make sure those jobs exist and will stick around for the long-haul.

Our plan is to track this initiative as it progresses through 2014 — what ends up being picked for voting in Congress, what falters, what passes. We’ll also keep tabs on Sen. Coons’ initiative as a whole to see if they end up addressing some of the concerns mentioned above. Be sure to stay tuned to the Manufacturing Jobs for America Initiative page on Manufacturing.net as these developments come to light.