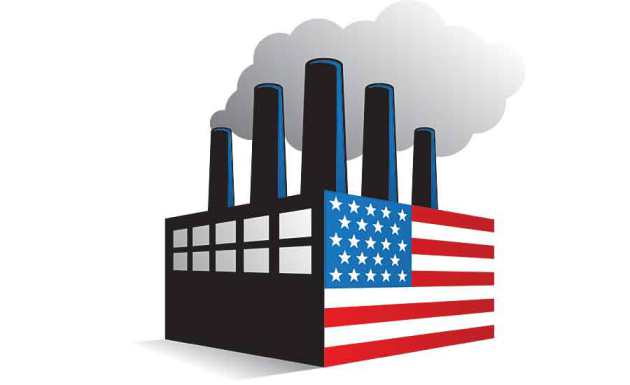 Good news for U.S. manufacturers: stateside production and employment opportunities are on the rise.

According to an article in the July issue of Consumer Reports, U.S. manufacturing has increased 45 percent under President Obama’s administration. Along with the output growth—measured between February 2010 and May 2014, the last date that records are available—a total of 646,000 manufacturing jobs have been added and another 243,000 manufacturing jobs are waiting to be filled.

In an article that ran shortly thereafter in the Examiner, the Chicago-based Reshoring Initiative spotlighted 2013 as the “turnaround year,” when the jobs that returned to the U.S. equaled the number of jobs leaving. And earlier this year, the Reshoring Initiative’s 2015 data report showed continued growth, announcing that “combined reshoring and related FDI trends continued strong in 2014, up about 20 percent from record levels in 2013.”

Still, as the Reshoring Initiative’s founder and president Harry Moser is quick to point out, the work is far from over.

In terms of imports versus exports, the case for reshoring is strong. Although, according to Moser, it has been “very hard” to get the U.S. government to understand this.

Moser uses China as an example of this dichotomy.

“But the product that the Chinese sell here for $100, they can sell in China for $85 because they don’t have the duty-free packaging, carry cost of inventory, and so on,” Moser continued. “So with the two products that are sold against each other in the U.S., the U.S. one is 30 percent too high when sold in China.”

Gardner Carrick, vice president of strategic initiatives at the Manufacturing Institute, also believes that, in terms of costs and other long-term benefits such as quality assurance and customization, reshoring is the way to go.

“It’s becoming more and more attractive for companies, particularly those that sort of chased low-cost labor 10 to 15 years ago, that are now doing the math on what the actual cost of business is overseas and realizing that it might be more attractive to bring those jobs back here because of more-consistent levels of quality and less risk from transportation and governments and all sorts of things,” said Carrick.

“And there’s a desirability to customize products and make changes more quickly when you’re dealing with production in the U.S., down the street from headquarters, possibly, as opposed to a contract manufacturer overseas,” Carrick continued. “I think you’re going to continue to see companies favorably view the U.S. as a destination, whether that’s for bringing jobs back, or if that’s for opening new plants here, or if it’s forgoing a decision to move overseas in the first place.”

The top reasons that companies reshore include:

Why Does Reshoring Makes Sense for America?

Reshoring is the fastest and most efficient way to strengthen the U.S. economy because it:

According to Moser, a strong U.S. dollar, beyond slowing down reshoring, has become a “major problem” for the national economy.

“I’ve heard some economists, politicians, and gurus say, ‘Oh, the dollar’s not important, we want a strong dollar,’ and it drives you crazy,” said Moser. “It’s funny because in almost the same breath, they’ll say how U.S. companies are having a harder time exporting because of the high dollar—which means that U.S. companies are becoming less competitive offshore and less competitive here with the product that is being imported, because other countries become more competitive when our dollar is high.”

“We know that the stronger dollar has a major impact on increasing imports,” Moser continued. “And when you have more imports, you have less reshoring, and as result, you have less manufacturing.”

Of course, there is a limit as to how low the dollar can fall, said Moser, but the fact that the dollar has risen substantially against other currencies such as the euro and the yen is indeed troubling.

“If you’re going to say, ‘Which country deserves to lower its currency?’ it should be the one that has the biggest trade deficit,” Moser said. “And yet we’re letting our currency rise. It’s totally irrational.”

“But politicians never talk about the trade deficit, they only talk about exports,” Moser continued. “Only one side of the equation, never both.”

That flipside, according to Moser, is that almost all of the trade agreements made by the U.S. have increased the national trade deficit.

One of the biggest recent developments in the movement to reshore is Walmart’s $250 billion reshoring initiative, which aims to bring U.S. companies together in creating more local manufacturing jobs. Walmart has pledged to buy an extra $250 billion in U.S.-made goods over the next decade, which has potentially huge gains for U.S. manufacturers looking to produce and sell more of their products on their home turf.

However, the transition will indubitably include some bumps along the way.

“It will be hard for suppliers to [produce more goods in the U.S.], because wages are higher here,” said Moser. “So, somehow, you have to figure out a way to make it work.”

Other stumbling blocks, many of which were highlighted in a June article from Reuters entitled “Walmart’s ‘Made in U.S.A’ push exposes strains of manufacturing rebirth,” include a shallow pool of component suppliers and a reduced U.S. work force that needs to play catch-up after decades of pushing manufacturing jobs overseas.

Fortunately, the Reshoring Initiative has many resources available to assist manufacturers in their reshoring efforts, including a list of 35 different trade associations and government offices on the organization’s website, ReshoreNow.org, that are “there to help” in overcoming any obstacles that may arise. Additionally, Moser said that his Reshoring Initiative is working to extend its Total Cost of Ownership Estimator, a tool that helps manufacturers to better evaluate the economic impact on their companies if they chose to reshore versus offshore.

“At the moment, the Estimator looks only at the microeconomic impact: what will it do to the company over the next month or 10 years,” said Moser. “Whereas we’re starting to work on a system that will help the company understand what the impact will be on the world environment, in the green sense.”

In Moser’s view, the environmental effect of reshoring—less pollution from shipping back and forth, products being produced more safely and cleanly in the U.S., etc.—is of particular importance.

Also, for those manufacturers who are wary of reshoring because of the potential implications on their short-term financial goals, Moser is striving to provide a more comprehensive, long-term representation of what reshoring can do by looking at the broader societal and economic impacts.

Another of the Reshoring Initiative’s most recent efforts to educate the manufacturing community on the profit potential of domestic sourcing and production is the offering of its “Top Reshoring Cases” infographic, which is customizable by state and industry.

The infographic comes in three versions, with the sixth panel showing specifics on a national, state, or industry level to illustrate the U.S. manufacturing advantages of bringing jobs home from offshore.

“[We had seen] some reshoring infographics, but they didn’t have as much insight as we wanted,” said Moser. “Because we’re the main keeper of the data, we thought it would be good to get an infographic out there with our data in it, especially with that sixth panel…because we think people are more likely to use the infographic if they can have it their way.”

A shift in collective thinking from “offshoring is cheaper” to “reshoring reduces the total cost of ownership” will not be easy, but it is certainly possible. And in showing the impact of reshoring on the U.S. economy in addition to the global impacts in his Reshoring Initiative materials, Moser hopes that U.S. manufacturers will look at the bigger picture and think—although they may only break even financially in the short term—that “reshoring is going to do so much good for the U.S. economy and for the world, that it’s obviously the right thing to do.”

“It might take a little bit of convincing,” said Moser. “But that’s why we are working to get the message out there.”

For more information on the Reshoring Initiative, visit www.reshorenow.org.

At The Made in America Store, It’s a Challenge to Keep Aisles Full

Play-Doh Will Be Made in The USA For The First Time in a Decade
Scroll to top
%d bloggers like this: