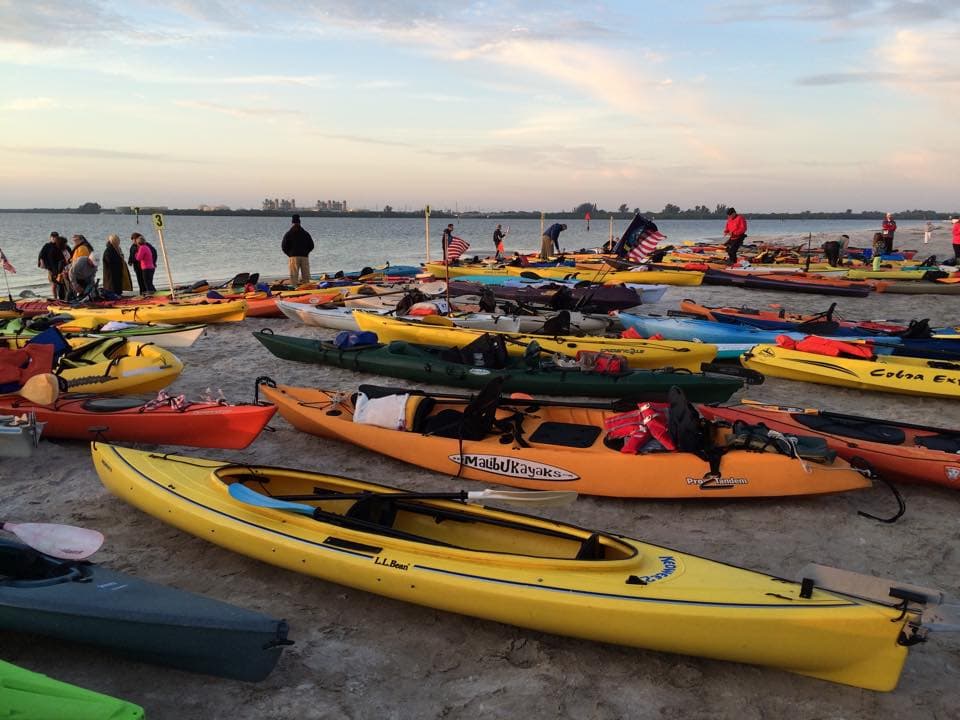 Dave Welker never met Pat Tillman. But the 33-year-old Air Force pararescueman, whose job is to recover downed crew members in the toughest conditions, knew the story of the NFL player who gave up a multimillion-dollar career to become an Army Ranger after the tragedies of Sept. 11, 2001.

Anthony DeSantis was a college freshman when the Twin Towers fell, and he, like Tillman, volunteered. The 31-year-old Tampa native ended up an officer in the Marine Corps in Fallujah, Iraq, where he worked with Navy SEALs.

“We all work together,” DeSantis said. “We are like one big community.”

Welker and DeSantis met later at the University of South Florida, which they attended courtesy of the Tillman Foundation, a nonprofit organization named in honor of the football star who was killed in a friendly-fire incident in Afghanistan in 2004.

“We have something in common … those who have served in the Army, Air Force, Navy and Marine Corps,” Welker said. “We look out for each other.”

On Sunday morning, Welker, DeSantis and more than 150 others will “pay it forward” for the families of the injured and fallen when they brave the chilly waters of Tampa Bay in the sixth annual Frogman Swim.

“It is truly amazing how this event has grown,” said Dan O’Shea, a former SEAL officer and co-founder of the event.

The Frogman, as it is called, started off as an impromptu gathering in 2010, but quickly developed into one of the best-known open-water swims in the United States.

“We have people coming in from all over the country,” said race organizer Kurt Ott, son of a legendary Navy SEAL. “They are open-water swimmers, triathletes and, of course, many active duty and former military personnel.”

In 2010, race organizers had to beg people to participate. But this year Ott had to shut down registration the first day after 160 swimmers signed up in just 33 minutes. Each swimmer pledges to raise at least $1,000. Some collect 10 times that in donations.

To date, the 3.1-mile swim has raised about $750,000 for the Navy SEAL Foundation, which provides support to the families of wounded and fallen Navy SEALs.

DeSantis, a medical student, said he joined the military because he felt obligated to do his part.

“The experience has helped me to be successful in so many other ways,” he explained. “I look at this swim as an opportunity to give back.”

To date, the Tillman Foundation has awarded more than $6 million to 347 military scholars at 98 universities.

The Navy SEAL Foundation spends about 25 cents out of every dollar raised on educational opportunities, but also offers direct support — $2.8 million in 2014 — to families in need.

“We try to keep our costs as low as possible,” Ott explained. “Roughly 95 percent of all the money raised goes directly to the foundation, where it can do the most good.”

For more information on how you can help support this wonderful organization please visit them:

For more information on how you can help support this wonderful organization please visit them:

Keep in mind, almost 95% of all funds raised go directly to the Navy Seals Foundation.  We have yet to find a foundation who can match these numbers.  If you are looking to donate to a foundation, please consider donating to The Navy Seals Foundation.  The Foundation has been certified by Charities of America as a “Best in America” charity.  Ninety-five cents of every dollar spent by the Navy SEAL Foundation directly supports its mission, programs and services.

THE END OF AMERICAN MANUFACTURING?