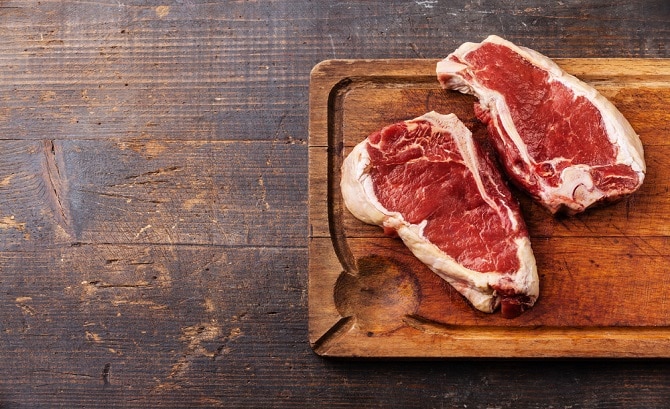 Some 800 tonnes of smuggled frozen meat have been seized by Chinese authorities, including one batch dating from the 1970s, state media reported.

The meat was bound for restaurants, retailers and supermarkets in Hunan province, where it was found, and other Chinese provinces and major cities, according to a report from Xinhua, China’s state news agency, on Tuesday.

The meat, which included poultry and beef, was confiscated on June 1 and was worth 10 million yuan ($1.6 million), the English-language China Daily said.

Some packages were rotten and others were around 40 years old — packed and stamped at the height of China’s Cultural Revolution.

“The products fully filled an entire compartment. It was really smelly, and I nearly threw up when I opened the door,” the China Daily quoted Zhang Tao, a local official, as saying.

CNN contacted customs authorities in Changsha, the provincial capital of Hunan, which said that local media reports on the meat seizures were correct but declined to give further details.

Including the June 1 seizure, this month Chinese customs officials have seized more than 100,000 tonnes of smuggled frozen meat worth almost $500 million in crackdowns across 14 provinces and detained 21 smuggling groups, Xinhua reported.

The China Daily report quoted unnamed experts as saying that, as long as frozen meat shows no signs of thawing, customers can’t tell fresh meat from meat that is decades old.

Smuggled meat products are not inspected and may contain viruses that can cause serious illnesses, Yang Bo, the director of the anti-smuggling arm of Changsha Administration of Customs, was quoted by the China Daily as saying.

“To save costs, smugglers often hire ordinary vehicles instead of refrigerated ones. So the meat has often thawed out several times before reaching customers,” Yang added.

The China Daily said smugglers buy meat cheaply overseas and ship it to China via Hong Kong and Vietnam.

Latest in line of food scandals

China has experienced a string of stomach-churning food scandals in recent years.

The most high-profile recent case involved a U.S.-owned meat factory operating in China that was accused of selling out-of-date and tainted meat to clients including McDonald’s, Starbucks, KFC and Pizza Hut chains.