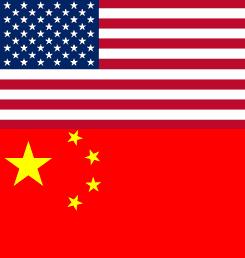 TJ McCue
11/19/2012
It is no surprise that 80 percent of U.S. consumers vote for American-made. But over 60 percent of Chinese consumers also say that they are willing to pay more for products labeled “Made in USA” than for those labeled “Made in China,” according to new research released by The Boston Consulting Group (BCG).
In surveying Chinese consumers, BCG found a willingness to pay more for U.S.-made goods. The results showed the following:

The data shows that Made in the USA resonates even stronger for U.S. consumers, of course.

Naturally, this presents a great opportunity for the many small businesses and manufacturers to tap into a new market like China with over a billion people. Many have tried to tap overseas markets only to fail because of the cultural differences, government red tape (on both sides), and shipping logistics, just to name a few of the challenges. The good news is there are many international trade resources for navigating this complex arena.

If you are looking to understand what your competitors are shipping, you can check out a company like Manifest Journals where a business connection of mine, Michael Heffernan, helps companies make sense of U.S. Customs Import Trade Data. Or head to the International Trade Administration to start your exporting journey. The USA.gov site on international trade is also a powerful resource.

The findings—part of BCG’s ongoing study of the changing global economics of manufacturing and its Made in America, Again research series—support previous BCG analysis showing that the U.S. is becoming increasingly attractive as a location for making certain products for the U.S. market and as a base for global exports.

The U.S. has improved its cost competitiveness compared with China and the advanced economies of Western Europe and Japan, leading BCG to estimate that higher U.S. exports—combined with production “reshored” from China—could create 2.5 million to 5 million new U.S. jobs in manufacturing and related services by the end of the decade (which I’ve reported on earlier this year).

In both the U.S. and China, respondents of all age groups and income levels expressed a concern for quality, a key driver of the consumer preference for U.S.-made products. Eighty-five percent of U.S. consumers and 82 percent of Chinese said they “agree” or “strongly agree” that they feel better about Made in USA quality. Patriotism is another strong consideration among U.S. consumers: 93 percent said that they would pay more for U.S.-made goods in order to keep jobs in the U.S., and 80 percent said that buying U.S. products demonstrates patriotism.