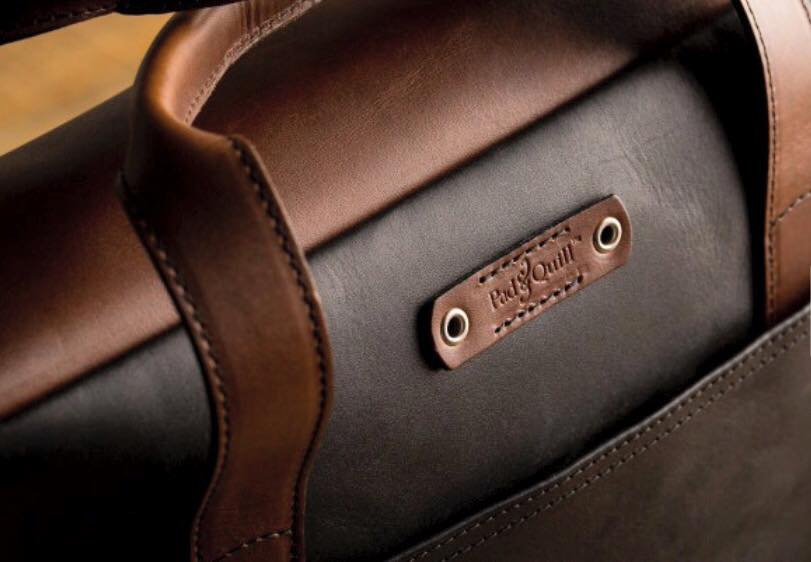 Many manufacturers perform a cost-benefit analysis when deciding whether to move production abroad. Others, however, are determined to make their products in the United States, even when the costs are higher.

It was craftsmanship rather than the bottom line that motivated Brian Holmes when he decided in 2010 to start a business and went looking for a manufacturer. He and his wife, Kari, started Pad & Quill, a company based in Minneapolis that makes high-end cases and other products for the iPhone and other Apple products.

“They had to be beautiful,” Mr. Holmes said of his products. “Good art is a beautiful product that is functional.”

To make the high-quality cases he set out to sell, Mr. Holmes needed a bookbindery that could stitch together the protective wood and soft leather he wanted to use. But he found out that in the digital era, bookbinding is a dying industry. He searched overseas and found a vendor in China, but was unimpressed with the results.

“I’ve never seen bookbindery quality better than in the United States because of the tradition here,” Mr. Holmes said. After several months of research, he found one he liked close to home: Trendex, a company based nearby in St. Paul.

Mr. Holmes said keeping production in the United States was not only possible, but that it offered added benefits to a seller. It improved the turnaround time, he said, and customers were willing to pay more for American-made goods (his iPhone cases range from $50 to $110 — about twice as much as a typical case). Plus, it gave him a sense of pride knowing that he was creating jobs and helping the economy.

His efforts come at a time when other American luxury brands are reshoring, or moving overseas production back to the United States, believing that cheaper is not always better.

The retail stalwart Brooks Brothers has three factories in the United States that make 45 to 50 percent of the company’s clothing, according to The Business of Fashion, an industry publication. And Walmart announced its commitment to American-made goods by pledging to purchase $250 billion in products by 2023 that support the creation of American jobs.

Reshoring is more suited to the luxury goods market, according to Jeffrey Silberman, the chairman of the textile development and marketing department at the Fashion Institute of Technology in New York.

“Reshoring will happen, but not in the way people expect it to,” Professor Silberman said. “It will happen in a smaller way. It’s a high-priced, luxury niche market, at this point at least.”

Consumers looking for luxury products are often drawn to a company’s dedication to craftsmanship. As part of Pad & Quill’s marketing strategy, its website includes videos of cases being made by hand. A blog also allows Mr. Holmes, his wife and others to ruminate on a range of topics, such as how to repair leather scratches and what it’s like to turn 48.

That aspect of tradition carries over to Pad & Quill’s suppliers. Trendex has nearly a century of bookbinding experience, according to Jeff Polacek, the company’s president, who took over the business in 1985 with his brother Tom. But it was facing a shrinking industry, and the company had to move into packaging materials to remain stable.

“When I got into the business, every paper was stored in file cabinets or ring binders,” Mr. Polacek said. “Information was stored that way; now, information is electronic.”

With a bindery in place, Mr. Holmes was able to build the rest of his supply chain. To do so, he borrowed from skills he learned while working for a medical start-up.

He kept a lean staff of himself and three others, which meant he outsourced jobs like customer service and accounting to consulting companies in the United States.

But even with a trusted supplier in place, it took a while to get the product right.

“Our first iPad cases were total bricks,” he said. “So huge, so ugly.”

So he rethought the design and began looking for better materials that would provide a longer life span for his products. And despite his efforts, he realized that some production facilities he wanted to use could only be found in other countries.

For instance, he works with a company, Saddleback Leather in Fort Worth, that makes leather products by hand at a factory in Mexico. And after three years of searching for an American company to manufacture a case constructed of wood and Kevlar, Mr. Holmes had to turn to a company in China.

As the quality of his products improved, so did sales. But his business was outgrowing his cash flow, and he needed investors. So he reached out to his business partners at Trendex.

“I wanted an investor in the supply chain because they would be vested in my success, not an angel investor,” Mr. Holmes said.

Mr. Holmes negotiated in 2011 to sell the Polacek brothers a 35 percent stake in Pad & Quill. In return, he was able to get a line of credit and pay off some old debts.

The deal was a good growth opportunity, Jeff Polacek said, adding that it was the first time that Trendex had taken a minority stake in another company.

Mr. Holmes said it was important that he found investors who shared the same ideals. “You have to look into them and find out as much as you can, because you are married, and divorces are ugly,” he said.

Pad & Quill struggled in the beginning, but became profitable in 2011, Mr. Holmes said. The next year, sales of the leather and wood cases shot up, and revenue grew 50 percent over the previous year, he said. This year, he said, the company is projected to bring in $2.5 million in revenue.

Mr. Holmes acknowledged that his company might have been profitable sooner if he had moved manufacturing overseas. But “we learned so much about manufacturing by working with American companies” that it made better sense to keep it in the United States, he said.

The next step for Pad & Quill is to enter the retail mass market. Mr. Holmes said he was considering approaching Best Buy, which is based in Richfield, Minn., because it carried some luxury goods already and would be a good fit for his cases.

But moving into the wholesale market is “fraught with risk,” he said, and comes with added expenses, like maintaining a larger inventory and paying a distributor.

Before undertaking such an expansion, Mr. Holmes said he was looking for another round of investment. Another alternative would be to sell the company outright — an option Mr. Holmes would consider only if he found the right buyer.

Pad & Quill was established as a quality brand, Mr. Holmes said, but it’s also part of his identity, so it would be important to find a buyer with values similar to his own.

“I think a lot of entrepreneurs are narcissists,” he said. “And that’s normal to have an inflated view of yourself.”