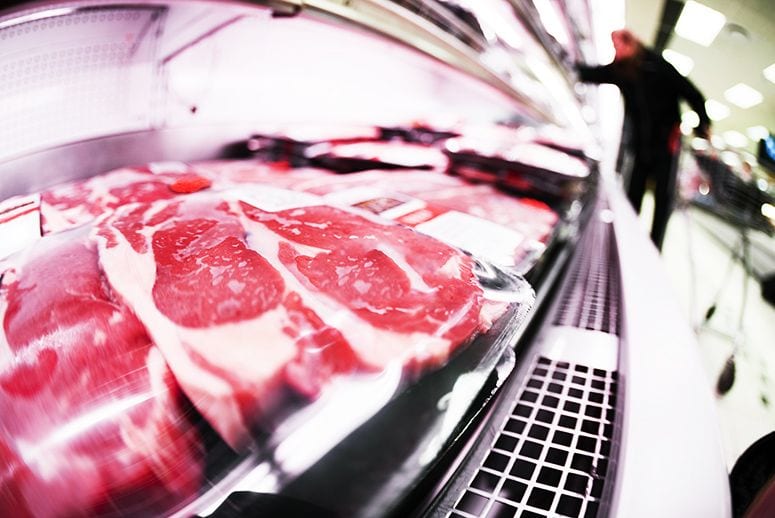 Cases of bovine spongiform encephalopathy—mad cow disease—have been reported in Brazil as recently as 2014. When a cow was found to have died from the neurogenerative disease, which humans can contract by eating meat from sick animals, in 2012, a number of countries suspended beef imports from Brazil as a precaution. The United States was not among them.

But when it came to the more recent incident, consumers had a good means of avoiding Brazilian beef, should they choose to. Thanks to a provision of the 2002 Farm Bill implemented (at long last) in 2013, any imported meat must bear a country-of-origin label, known as COOL. So if you were concerned about mad cow—or didn’t want to buy meat implicated in the deforestation of the Amazon—you could steer clear of steaks marked “Product of Brazil” (and cheesy churrasco joints as well).

But that helpful sticker is threatening to spark a trade war, and it could soon be a thing of the past.

Brazil, the world’s second-largest producer of beef, has also had problems with hoof-and-mouth disease, which, though it may not raise the same kind of consumer fears that mad cow does, could have a significant effect on American herds if transmitted to domestic cattle via imports. Long eradicated in the U.S., the disease is highly contagious and hugely expensive to control, making it enough of a threat that the U.S. has restricted imports from Brazil and other countries with active outbreaks to cooked beef only.

That could change, however, as part of an easing of trade restrictions between the two countries. Last week, the Republican-led House of Representatives passed a bill to repeal COOL. As a result, there could soon be between 20,000 and 65,000 metric tons of fresh or frozen Brazilian beef—about 1 percent of U.S. beef imports—coming into the country annually. If you’d rather not buy a hamburger from Brazil—or any other country we import beef from—you could soon be out of luck, as it may become indistinguishable from domestic meat.

RELATED ARTICLE: Not So Cool: House Votes to Repeal Country-of-Origin Labeling for Meat

The vote flies in the face of consumer demand; according to a survey conducted by the Consumer Federation of America, 90 percent of consumers want labeling. But the World Trade Origination has ruled that COOL labeling discriminates against imports, giving the U.S.’ NAFTA trade partners the go-ahead to levy as much as $3.6 billion in tariffs against our exports in retaliation. And we thought it was only conservative commentators who believed the WTO imperils U.S. sovereignty.

The timing of the vote, ahead of a holiday when many Americans char meat as a means of celebrating independence, caught the ire of Bill Maher, who ranted about the bill on the Friday episode of his HBO show.

“Call me crazy, but before I put your meat in my mouth, I’d like to know where it’s been,” Maher said. “Now, the Fourth of July is coming up, and I don’t need meat often, but who can resist a little pink slime when you’re toasting to the red, white, and blue?”

The United States is the world’s largest producer of beef, but thanks to the weirdness of capitalism, it is a net importer of beef. So if you shell out some extra cash for, say, a rib-eye to grill this weekend, there’s a good chance you’re buying American. But much of the beef we import is cheaper, leaner grass-fed meat from countries such as Australia, New Zealand, and Brazil, as well as our two biggest ag trade partners, Mexico and Canada. That beef is more likely to be used in processed products, including ground beef—making your Independence Day burgers potentially a celebration of globalization rather than some Marlboro Man sense of rugged American individualism.

It’s all right there on the label for the time being: The package of hamburger Maher showed on the air said that it contained meat from Australia, Nicaragua, New Zealand, and the United States.

How Made in USA Manufacturing Put K’NEX Back on Track
Scroll to top
%d bloggers like this: