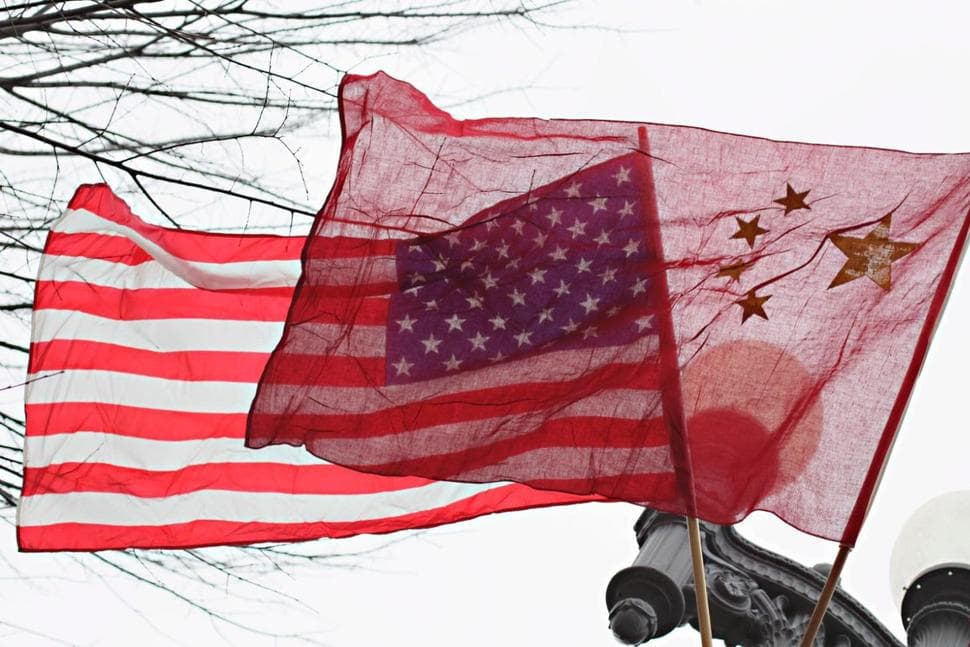 The concept of “Made in America” is slowly giving way to “Made by China … in America,” as Chinese investors are increasingly snatching up U.S.-based companies and assets and raising the eyebrows of some regulators and market spectators.

And although the full value of the deal has yet to be publicly unveiled, the Chicago Stock Exchange announced in February that it planned to be acquired by the China-based Chongqing Casin Enterprise Group at some point later in 2016.

“This proposed acquisition would be the first time a Chinese-owned, possibly state-influenced firm maintained direct access into the $22 trillion U.S. equity marketplace,” a group of congressional representatives said in a letter to a top Treasury Department official back in February, requesting a “full and rigorous investigation into this proposed acquisition to address our concerns and provide clear information to the American people.”

Chinese foreign direct investment into the U.S. hit a record $15.7 billion in 2015, up 30 percent from the year prior, according to economic analysts at the Rhodium Group. A separate Rhodium report published last month estimated 83 percent of America’s congressional districts were home to some form of Chinese investment.

In few industries is China’s investment growth more apparent than real estate. A report published Sunday by the nonprofit Asia Society and the Rosen Consulting Group estimates Chinese buyers between 2010 and 2015 spent at least $93 billion on American residential property, with total expenses rising at an average annual rate of about 20 percent each year.

Over that period, Chinese companies and individuals also bought up at least $17.1 billion in existing office buildings, hotels and other commercial buildings on U.S. soil. By the end of 2015, the report found, China was the source of at least $350 billion in U.S. real estate holdings and investments, and costs for Chinese-backed construction projects in the U.S. had climbed to at least $15 billion.

“Chinese direct investment in U.S. real estate was negligible until 2010 but has since grown dramatically and visibly,” the report said. “While it is not as politically sensitive and does not directly impact national security as does Chinese investment in U.S. technology or telecommunications, real estate affects more people and communities and involves policymakers at multiple levels.”

To be sure, foreign investment is neither specific to China nor inherently problematic. In fact, American companies’ own outbound investments in 2014 to countries around the world clocked in at more than $4.9 trillion, according to the Bureau of Economic Analysis.

It’s also important to keep in mind that in the vast majority of cases, a foreign company’s investment in a particular country doesn’t necessarily mean one country’s government is getting the upper hand over another’s. If Coca-Cola invests in operations in China, for example, the U.S. government doesn’t automatically carry more clout in the Chinese marketplace as a result.

But the reverse isn’t necessarily true, which is what makes China’s investments alarming to some American analysts. Beijing officials are heavily involved in China’s private sector and have at times frozen the domestic stock market and changed other finance rules on the fly in the interest of economic self-preservation.

So when a Chinese investment group buys up, say, a major stock exchange in Chicago – or a group of investors throws billions of dollars into America’s real estate sector – Beijing suddenly has an inroad to some of the gears that make the U.S. economy tick.

“The Chinese economy revolves around the artificial boosting of domestic firms,” the U.S. members of Congress’ February letter said. “Furthermore, government manipulation of currency in the Chinese marketplace continues to be an unresolved problem for the United States government.”

RELATED ARTICLE: The Rise of Made by China in America[p][/p]

So is the rapid Chinese buying spree a political ploy? Is the Chinese government trying to infiltrate America’s economic bedrock through the purchase of domestic companies and real estate assets?

Not exactly, says David Dollar, a senior fellow with the Foreign Policy and Global Economy and Development programs at the Brookings Institution.

“I see most of this capital outflow is commercial, not strategic or political,” Dollar said last month at an event in Washington. “I don’t see much strategy there. I see diversification, which is a smart strategy for a very big investor.”

Dollar said the eclectic pool of U.S. investments and holdings tied to the Chinese – including New York’s Waldorf Astoria hotel, the national AMC Theatres cinema chain and Smithfield Foods, America’s largest pork producer – isn’t indicative of a coordinated political power play. Rather, he suggested Chinese companies – possibly at the behest of the Chinese government – are attempting to buy up international assets in a less volatile economy like America’s.

By spreading out Chinese-owned assets, the country can better protect itself from an unexpected domestic crisis.

“A few years ago China was largely using [its assets] to invest domestically and drive its growth. But when you invest at that level, what I think inevitably happens is you get very serious problems of excess capacity. And that’s what’s happening in China’s domestic economy now,” Dollar said. “There are lots of empty apartments, enormous excess capacity in steel and other manufacturing sectors. They’ve overbuilt infrastructure. … So just think of there being a lot fewer good investment opportunities in China.”

And it’s not as if Chinese acquisitions have been conducted unchecked; in fact, American regulators have successfully scuttled negotiations that don’t even directly involve U.S. assets. The Committee on Foreign Investment in the U.S. – the specific body appealed to by the U.S. lawmakers over the Chicago Stock Exchange acquisition – earlier this year discouraged a deal that would have moved Netherlands-based Philips electronics company’s LED lighting business to a Chinese investment group.

It’s also important not to overlook the economic benefits foreign investment brings to the U.S. The domestic housing sector has been a major player in the country’s recovery since the Great Recession, and Sunday’s report from the Asia Society indicated American real estate over the last several years had been propped up by billions of dollars of Chinese investment.

And although there has been evidence in recent years of American job losses – particularly when it comes to low-skill production and manufacturing opportunities – related to the rise of China’s industrial sector, Chinese foreign direct investment offers an interesting avenue to bring jobs back to the U.S. The Rhodium Group estimates more than 90,000 American employees currently work for a China-backed domestic company.

“One of the biggest challenges I had 19 years ago when I became mayor … was we had a lot of exports. But the exports were our children leaving our community because of the lack of manufacturing jobs, the lack of good jobs for our children,” Sheldon Day, mayor of Thomasville, Alabama, said during a National Committee on U.S.-China Relations event in October.

Day’s rural Alabama region recently became the site of Golden Dragon Precise Copper Tube Group’s first U.S. plant in a move that was expected to bring hundreds of jobs while cutting down on steep transportation costs Golden Dragon would have faced if it tried to ship Chinese-made products into the U.S. marketplace.

Day said in October that the factory’s opening made “a tremendous difference in our community and our economy.”

“Now, we have a Chinese product that was previously made in China that’s now being made by Alabamians,” he said. “And it’s being used here and being shipped to U.S. companies.”

Pentagon to Shift to Made in USA Sneakers, Helping New Balance