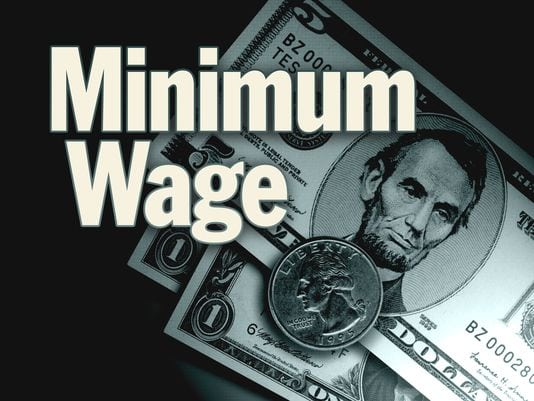 It’s a standard part of the current public policy discourse that raising the minimum wage won’t have much, if indeed any, effect on the number of jobs available to Americans to do. It’s easy enough to show that most of those earning the current minimum wage are in the fast food and restaurant industry, or in other very local services like home helps and so on. These jobs simply cannot be offshored in any manner so we don’t have to worry about international competition nor wage rates in other countries. Those jobs could still be at risk from automation of course, but not from direct competition from other labour elsewhere. This is a great deal less true when we look at the effects of a $15 minimum wage.

My sometimes Forbes colleague, Adam Ozimek, makes this point over at Moody’s:

This data suggest that if the minimum wage was increased to $15 an hour across the U.S., it would impact a significant number of manufacturing workers, with some states being hit harder than others. This reflects the fact that lifting the minimum wage to $15 an hour would not just be quantitatively larger than previous U.S. experience, but qualitatively different in that it would affect a different set of workers and industries. Leisure/hospitality and retail make up 54% of the workers who make less than $8 an hour, but only 34% of those making less than $15 an hour. As the minimum wage rises it affects other sectors. For manufacturing, at least, the effect is likely to be greater.

The point being that there’s three ways that manufacturing jobs can be affected by an increased minimum wage. One, like the service jobs, is simply that employers automate more or try other ways of simply using less labor. But there’s two more which affect manufacturing in a manner that services are not subject to.

The first is of course that the employer might just up and offshore the plant. At any one time it’s always a delicate balance between whether to do that or not: it’s pretty simple to ship goods around these days, anywhere on the container shipping network faces much the same costs. Sure, those transport costs bite deeper the cheaper the goods being produced are but it’s not a major part of anyone’s calculations other than very low value bulk commodities. Time sometimes matters, that’s true. But even then things can be massaged: many European clothes retailers get the bulk of their collections made in the Far East and only use European manufacturers to top up on the best selling items. The rapid response time in Europe overcoming the price difference. Raise wages a lot and that calculation changes.

And then there’s the other option, one that doesn’t depend upon nefarious employers and their greedy lust for profits at the expense of good American workers. Which is that foreign manufacturers can now compete more easily if the US based ones are hampered with those higher wages.

We’ve thus three, not just the one, channels by which a $15 minimum wage in the US could harm manufacturing jobs. As Ozimek points out, this isn’t a small number either:

That Fight for $15, the idea of a $15 minimum wage, it’s a policy change that we really don’t want to go through with in my opinion.

Mr. Worstall’s latest book is “The No Breakfast Fallacy, why the Club of Rome was wrong about us running out of resources.” Amazon and Amazon.co.uk. $6.99 and relevant prices in other currencies.

Project To Create Jobs. Made in America Store Expanding