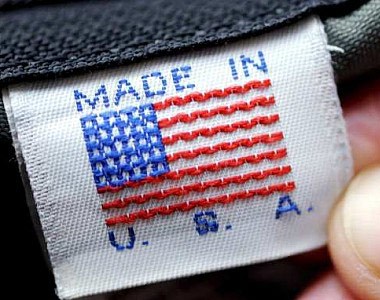 As companies “tiptoe” back to the United States from overseas, the “Made in USA” label should grow more common. However, ambiguous rules are costing some manufacturers hundreds of thousands of dollars in penalties and legal fees. So what’s the problem? The coveted “Made in USA” does not always mean the same thing to companies as to the Federal Trade Commission.

Although most cases stem from California, where every single component must be sourced domestically to earn the right to be advertised as America-made, the ambiguity of FTC’s rules is likely to bring more lawsuits nationwide. FTC rules state the “Made in USA” label can only go on goods that are “all or virtually all” made in the United States. But how should companies interpret “virtually”?

The latest to be slapped with a list of reprimands by the FTC is no other than Walmart, which last recently was asked to not only remove “Made in USA” logos from all product listings, but also the country-of-origin information from all product specifications (unless required by law) and U.S.-origin claims that appear in product descriptions or titles. Walmart is also required to clear advertisement copy submitted by suppliers of any USA-origin claims.

A giant like Walmart can certainly handle adjustments to its Investing in America Jobs Program – redesigned logos will now disclose the percentage of U.S. content in the product – and transparency is obviously fundamentally important in sourcing and product advertisements. But the fact still remains companies can only guess what qualifies as U.S.-made. As reported by Supply Chain Digest, some have taken it upon themselves to include 70 percent of domestically-made components before making any “Made in USA” claims.

Related Article:  FTC Closes Probe of Walmart Over Misleading Made in USA Labels

The dysfunction is perhaps best illustrated by the case of Lifetime Products whose basketball hoops ended up in the spotlight last fall when two consumer lawsuits claimed they were falsely labeled. Although the hoops are, to quote the Wall Street Journal, “made of parts that are almost entirely cut, shaped, painted and assembled” at the company’s sprawling Utah factory, some bolts and the net were imported from China. The costs were staggering with the legal fees alone adding up to $535,000 and the plaintiff’s attorney’s receiving $485,000.

Sourcing every single component domestically is no easy feat, especially for companies that just returned production from overseas and want to capitalize on the move with the “Made in USA” label. After so many years of outsourcing, it will take time to rebuild the U.S. supplier base as well as upgrading aging manufacturing equipment to meet today’s demand for speed and agility.

Lasko Products Inc., a family-owned company based in West Chester, Pa., is one example of a producer that can no longer find domestic suppliers of small electric motors. The company’s electric fans are sold at Walmart, which has discovered the effort to buy more U.S.-made products has proved particularly difficult when it comes to electrical devices.

Let’s hope the FTC can at least clarify the rules.

What do you think is a reasonable definition of “Made in USA”?

Under Armour Planning to Make Local for Local