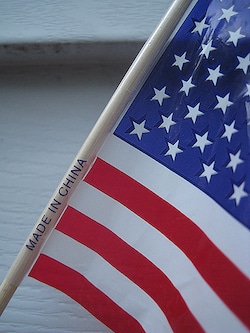 I remember when China started being a real threat to U.S. moldmakers and molders in the early to mid-1990s, and all I heard was talk of how cheap China’s labor was and how it would be impossible for U.S. manufacturers to compete. I used to tell them not to worry: Over time, these low-cost countries—particularly China—will experience economic growth and employees will demand higher wages to support an expanding consumer market. The gap between the $5-per-day Chinese worker and $100-per-day U.S. worker will gradually diminish, I used to assure them, resulting in a level playing field. That projection is coming to pass.

When global market research firm Oxford Economics (Oxford, UK) released its latest report on March 14, it contained a surprise for U.S. manufacturers: Labor costs adjusted for productivity in China are only 4% cheaper than in the United States. “Robust productivity has helped the United States keep down the unit cost of labor—or wages in relation to worker output,” writes Oxford Economics. The study also notes that “when hourly wages are factored in with productivity rates and exchange rates, labor unit costs for U.S. manufacturers have essentially reached parity with those facing manufacturers in China.”

The report includes two caveats, however: The first is that “productivity growth in the U.S. economy as a whole has been meager in recent years” and “the United States continues to run a trade deficit with China.” Made in China vs. made in the USA is a widely discussed topic these days, particularly among our presidential candidates.

Thus begins the OEM search for a new low-cost manufacturing center, and they are getting more difficult to find. A Deloitte and U.S. Council on Competitiveness survey, “2016 Global Manufacturing Competitiveness Index, ” asks: “As China begins to pivot toward a higher value manufacturing paradigm to align with other innovation-oriented markets, where’s the ‘New China?’”

The Deloitte study notes that “rapidly rising wages in China present opportunities for other emerging nations to be competitive on the cost of labor and materials. India, Malaysia, Vietnam and Indonesia are emerging as alternate low-cost destinations. This presents significant opportunities and challenges for companies currently operating in China that depend on a lower cost base.”

A new report from Frost & Sullivan commenting on the Oxford Economics study notes that U.S. manufacturers have benefited from rising labor costs in some countries, particularly China: In 2003, hourly compensation in the United States was 42 times higher than in China; the differential fell to nine times in 2009.

We know that as the cost-base rises in China, the impetus to bring manufacturing to the United States is increasing. But some say, “Not so fast!” U.S. manufacturing wages are still quite high compared to some other countries. However, there is a close-to-home solution that many U.S.-based OEMs are discovering: Mexico. According to Deloitte’s study, the hourly compensation between the United States and Mexico has been much more stable during that time (2003 to 2009), “and today U.S. labor costs are seven times those in Mexico.

A recent issue of Mexico Now magazine focuses on the booming automotive manufacturing sector (“Mexico’s Auto Industry Roars” ) and shows that it is on track to become one of the largest auto exporters globally. Editor Sergio L. Ornelas, quoting the president of the Mexican Automotive Industry Association, said, “Mexico is the fourth largest exporter of light vehicles in the world and the sixth largest exporter of auto parts. And, notably, Mexico was the number one supplier of light vehicles and auto parts to the United States. In 2015, 11.5% of all new light vehicles sold in the United States came from Mexico, just shy of two million units—1,993,162 to be exact—representing a 6.3% increase from 2014.”

Mexico’s biggest challenge now—and perhaps U.S. OEMs’ greatest opportunity—is attracting Tier 2 and Tier 3 suppliers to strengthen the supply chain in Mexico, noted Ornelas. Specifically, he remarked that Mexico is in its infancy with respect to “design and manufacturing of molds, dies and tools.” He attributes much of this to “the lack of advanced English language skills among Mexican engineers and their inability to move higher in the innovation and design areas of expertise.”

One country’s loss is always another country’s gain. One country’s challenge is another country’s opportunity. There will never be a perfect place in the world to manufacture goods if all OEMs look at is the cost of labor. There are many factors to consider, including the value of the dollar, oil prices and other manufacturing costs. But the bottom line is that most analysts remain confident that the United States will retain its competitive edge in the global manufacturing space.

What Mike Rowe, Kurt Uhlir, John Ratzenberger and Toby Keith say about Made...
Scroll to top