Tag Archive for: made in USA 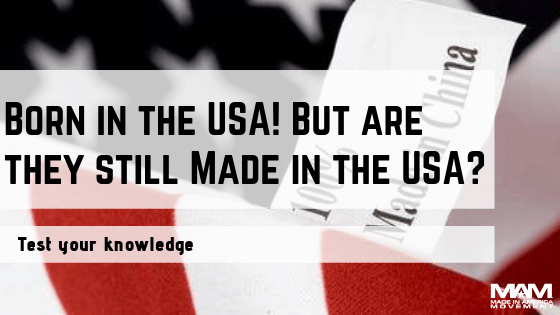 Can you tell if something is Made in USA? 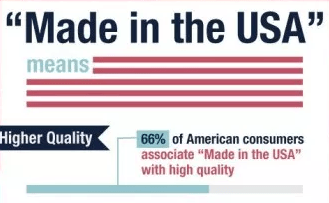 The 2nd Annual Made in America Product Showcase at The White House is about to begin and we are proud to see several MAM Members and Supporters are included, yet again! END_OF_DOCUMENT_TOKEN_TO_BE_REPLACED

Gordon Brush Mfg. Co., Inc. announced today that the Company is the 2018 winner of the MADE: In America Award. The award will be presented on Monday, July 3 on Capitol Hill in Washington, D.C., to company President and CEO Ken Rakusin. The award will be presented by Congressman and Democratic House Whip, Steny Hoyer (MD-5), in the inaugural All American Room, making its national debut in the Rayburn House Office Building Foyer. END_OF_DOCUMENT_TOKEN_TO_BE_REPLACED 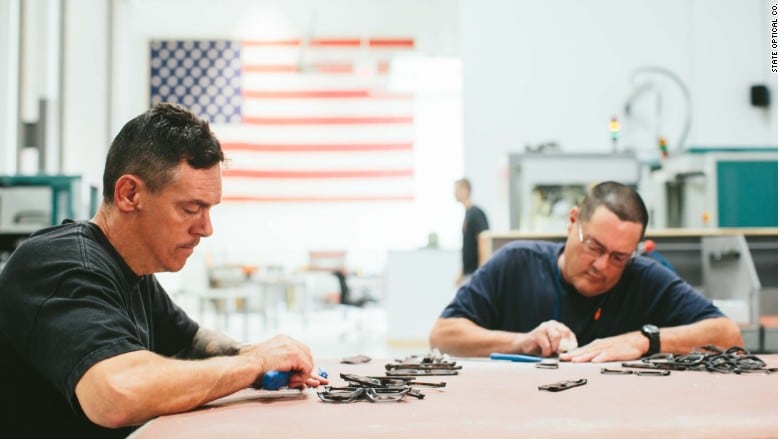 Millions of Americans wear glasses every day to correct their vision. But the eyewear (frames) are mostly made outside the country. END_OF_DOCUMENT_TOKEN_TO_BE_REPLACED 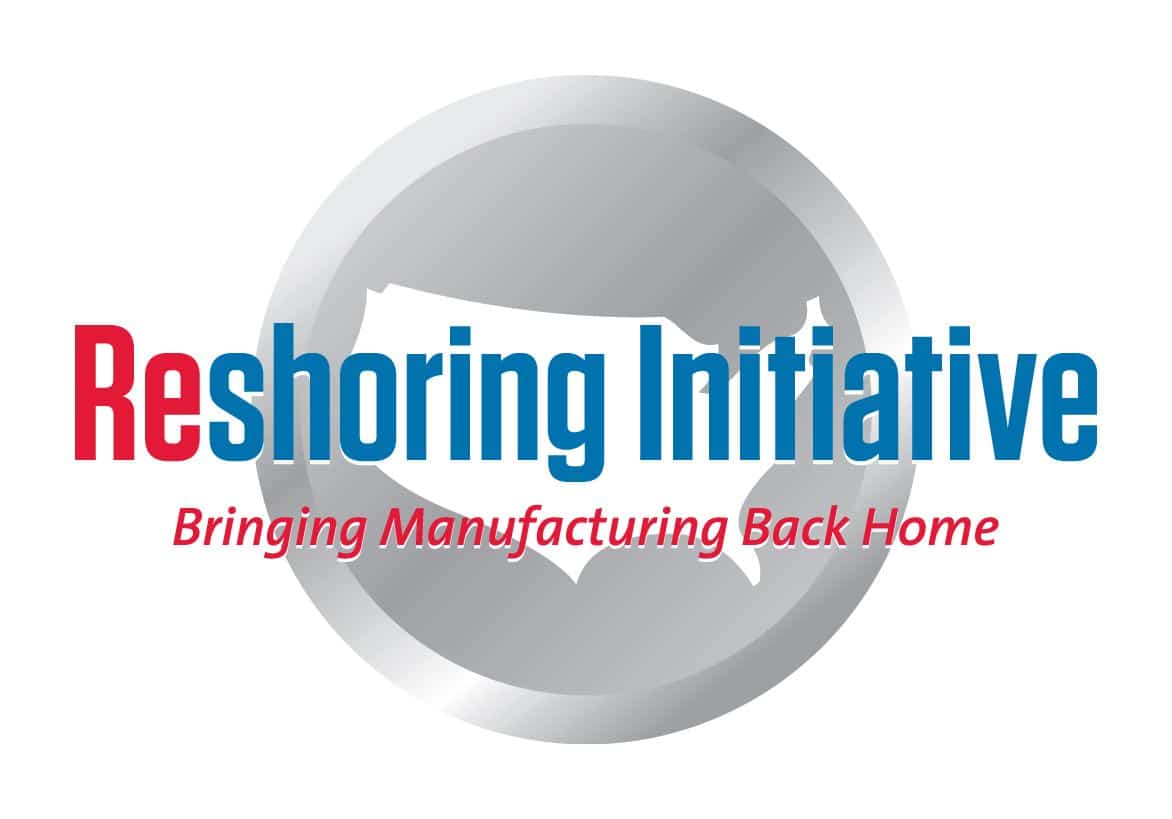 Many companies that offshored manufacturing American jobs didn’t really do the math.

For decades, U.S. companies have been chasing cheap labor offshore and then importing products to sell in the U.S. market.

Now, a broader focus on Total Cost of Ownership (TCO quantifies all relevant costs, risks, and strategic factors) and advanced manufacturing together have the potential to end the manufacturing stagnation of the past 30 years and create millions of manufacturing jobs in the U.S.

Over the past 20 years, the boom in offshoring drove our goods trade deficit up by about $640 billion a year, costing us three to four million manufacturing American jobs.

The most direct way to reduce the trade deficit, is to substitute domestic production for imports, i.e. via reshoring and foreign direct investment (FDI) in the U.S. The result of eliminating the trade deficit would be a rapidly growing manufacturing workforce for the first time in 40 years, a rise in average wages and a 25% to 30% increase in manufacturing output and American jobs.

Related Article: Read about The Made in America Roundtable at the White House

Many companies that offshored manufacturing didn’t really do the math. An Archstone study revealed that 60% of offshoring decisions used only rudimentary cost calculations, typically just price or labor costs and ignored other costs such as freight, duty, carrying the cost of inventory, delivery and impact on innovation. Most of the true risks and cost of offshoring were being ignored.

Now is a good time to re-evaluate the cost of domestic vs. offshore production.

Chinese wages have been rising by about 15% a year since 2000. As a result, the Chinese labor cost in dollars per unit of output is now about four times what it was in 2000. We estimate that about 25% of what is now offshored would come back if companies quantified the total cost. These products would generally have characteristics such as high freight cost vs. labor cost, frequent design changes, volatility in demand, intellectual property risk, and regulatory and compliance requirements.

For these most-reshorable products, such as large appliances with high freight costs, medical devices requiring high technology and quality standards, and plastic products that are getting cheaper thanks to declining natural gas and oil prices, the offshore manufacturing cost gap vs. the U.S. is now smaller than the offshoring “hidden costs” mentioned earlier.

About 25% of what is now offshored would come back if companies quantified the total cost. Click To Tweet

In addition to the 25% reshorable if companies would just do the math correctly, another 25% of the offshored manufacturing jobs could come back if America can become just 15% more competitive via sustainable strategies like advanced manufacturing using robots and other forms of automation, lower corporate tax rates, and regulations and a lower U.S. dollar. In total, adding approximately two million manufacturing jobs over the next 10 to 15 years is feasible. A 3.6 multiplier effect, as per the Manufacturers Alliance for Productivity and Innovation, would take the total to a gain of about 7 million jobs across the economy.

Advanced manufacturing helps level the global playing field for the U.S. First, the number of labor hours per unit of output is reduced. Second, the gap in the labor cost per hour shrinks. For example, a highly skilled robot engineer in China makes a third to a half of American pay and not the small fraction (5% or 10%) of the low-skilled Chinese workers.

In addition, acquiring capital equipment is more expensive in China because of China’s value-added tax of 13% or 17% on imports. Fortunately, the U.S. can have automation and more jobs as we reshore and draw down the four million jobs lost to offshoring.

The jobs won’t be the same, but we see a huge potential for economic growth.

The U.S. will need to fill approximately 3.5 million manufacturing American jobs over the next 10 years, according to a recent study from Deloitte and The Manufacturing Institute. Given our low rate of training, they estimate there will be a shortage of 2 million skilled workers. This shortage is one of the largest barriers to reshoring. Fortunately, high visibility for reshoring will help increase the rate of recruitment, as students increasingly understand that manufacturing is, once again, a solid career choice.

The good news is that the bleeding of manufacturing jobs to offshore has stopped.Click To Tweet

According to Reshoring Initiative data, the availability of a skilled workforce and training are essential for bringing jobs back, ranking second among the reasons given by U.S. companies moving jobs back to the U.S. and foreign companies creating manufacturing facilities here. When companies reshored and failed to find the needed workforce, the transition was painful. The availability of a sufficient quality and quantity of skilled workers is often the No. 1 criterion in selecting the location for a factory and a key issue for retention and expansion.

The Reshoring Initiative is currently developing a Competitiveness Toolkit. Our objective is to offer President Trump and Congress their choice of a mix of paths that will achieve the desired reduction in the trade deficit while minimizing domestic and international resistance and unintended consequences such as inflation.

We have a long, difficult journey ahead; we need to pick the best paths. 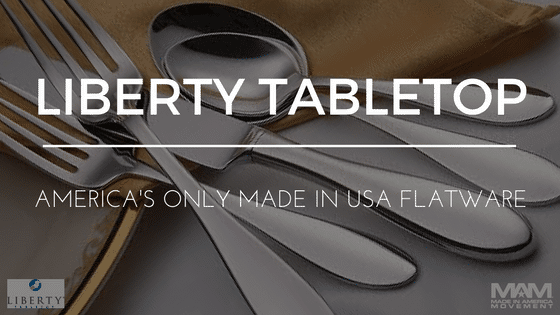 Thanks to Sherrill Manufacturing Inc. and their brand Liberty Tabletop, silverware manufacturing is alive and well in the United States. Founded in 2005, the company took over the sprawling one-million-square-foot facilities from Oneida Ltd. and is now the only flatware maker left in the USA. END_OF_DOCUMENT_TOKEN_TO_BE_REPLACED 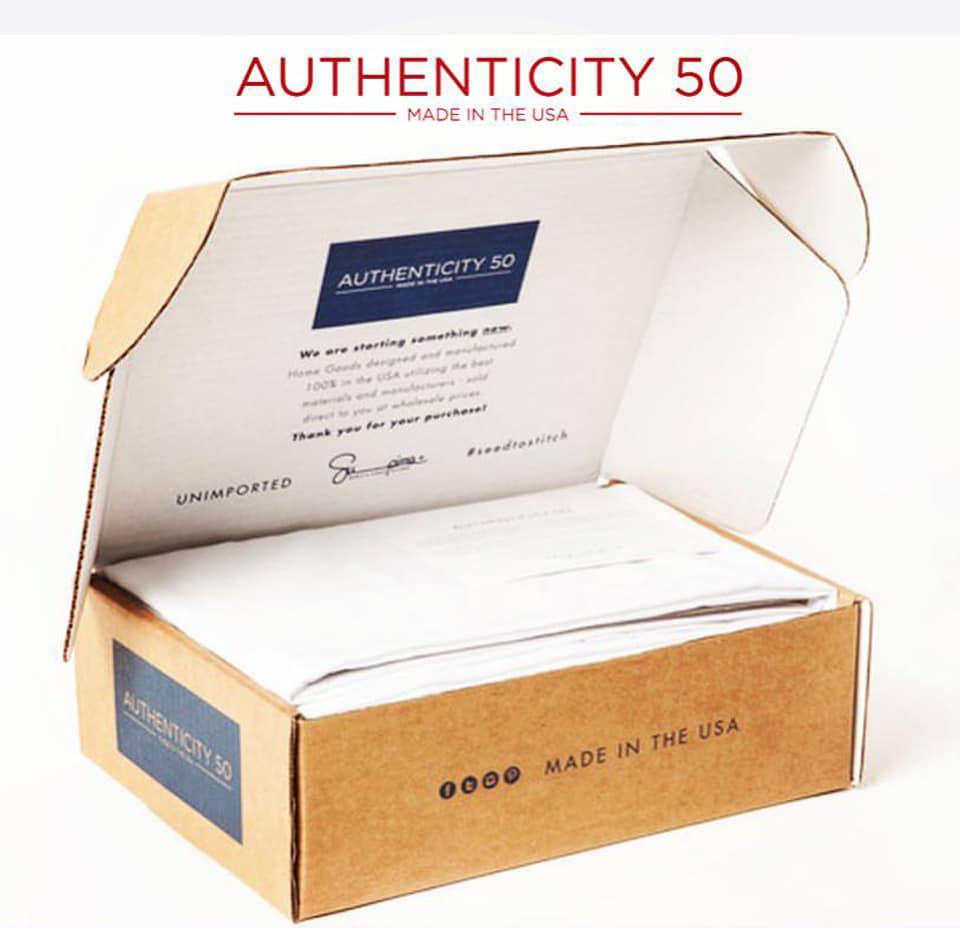 We spend as much as one-third of our lives asleep. It only makes sense to invest in a good night’s rest by finding the perfect set of sheets, so we asked Jimmy and Stephanie MacDonald, founders of Redondo Beach-based Authenticity 50, for some tips. END_OF_DOCUMENT_TOKEN_TO_BE_REPLACED